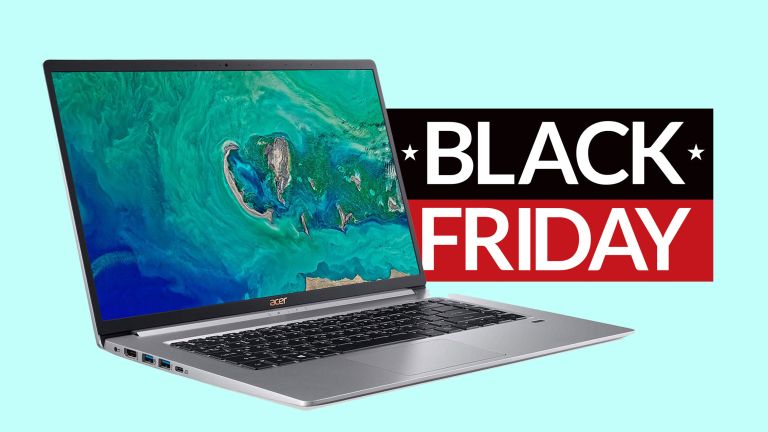 Amazon's quick-fire "lightning deals" are in full effect, a smorgasbord of shifting prices and daily deals ranking among some of the best Black Friday deals we've seen yet. However, we're here to cut through and find the best stuff for you, and this is one of the best laptop deals out there right now.

Save $595 on a new ultra-thin Acer Swift 5 laptop with touch screen and Intel Core i7 processor. Perfect for carting around from the office for that big presentation, to the coffee house to do some creative work with the touch-screen functionality, to back home to browse the net, play a game and unwind with a movie, played on its amazing full-HD, 15.6" screen. Amazon is offering the Acer Swift 5 for just $804.99, down from $1,399.99. Check it out below:

You have not got long to pick up this deal, as Amazon's 'Lightning Deal' stock has already begun to dwindle. At the time of writing, it was already over 50% claimed. Act now!

Why buy the Acer Swift 5?

The Acer Swift 5 is just about the lightest 15.6-inch laptop you're going to find on the market today. Even the display bezels have been shrunk to virtually nothing, making this a device that looks good and won't weigh you down.

Despite its lightness and thinness, you can spec it out with top-level components, and it's going to give you excellent performance. At this price, it's easy to recommend.

Best Black Friday Deals From Around The Web