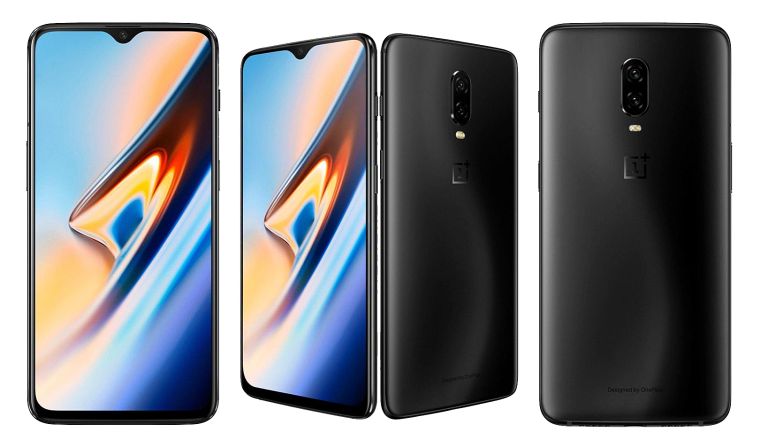 OnePlus will take the wraps off its all-new flagship smartphone at a ticketed launch event on Monday October 29, 2018 in New York City.

In the days before the launch, the Chinese startup has been drumming up interest in its new handset by revealing a few new features, including the addition of an in-screen fingerprint scanner, and the removal of the 3.5mm headphone port in favour of USB-C earbuds. However, there were still a number of mysteries surrounding the hotly-anticipated OnePlus 6T. Until now, that is.

Online retailer Otto appears to have accidentally published a OnePlus 6T listing ahead of the launch. Although the webpage was quickly removed, there was more than enough to glean some of the last remaining details about the all-new handset.

Although OnePlus had already confirmed its new flagship phone would be available to buy in the UK on November 7, it had stayed mum about the price tag. According to the Otto listing, the new handset will be on-sale for €579.

That's roughly £512 ($665) at the latest exchange rate. However, it's likely the OnePlus 6T will be a little pricier than that. For example, OnePlus 6 currently costs €569 for the 128GB model in Europe – around £503 at the current exchange rate – but will actually set you back £519 in OnePlus' UK store.

As a result, we wouldn't be surprised if the OnePlus 6T is priced at £529 when it's unveiled on-stage during the launch on October 29, 2018.

Elsewhere, the Otto retail listing also revealed a few new tidbits about the new OnePlus smartphone, including that it will boast a 6.41-inch AMOLED display with a resolution of 2340 x 1080. For those counting, that's ever-so-slightly larger than the 6.28-inch AMOLED on its predecessor, OnePlus 6.

Powering the new phone will be a 2.8GHz Qualcomm Snapdragon 845 chipset, coupled with either 6GB, or 8GB of RAM depending on the model. There will be 128GB and 256GB storage configurations available, too. The GPU will be Adreno 630.

On the back of the OnePlus 6T will be an upgraded dual-lens system. Interestingly, the Otto retail listing claims OnePlus will reduce the megapixels in the secondary sensor, dropping from a 20MP + 16MP system on the OnePlus 6, to 20MP + 12MP.

OnePlus 6T will have a beefier 3,700mAh battery – thanks to the space saved inside the body of the handset by the removal of the 3.5mm audio port. It will also ship with Android 9.0 Pie out of the box.

Mirror Black and Midnight Blue finishes will be available at launch although it's likely OnePlus will follow the trend established with previous launches and debut a number of limited edition colour finishes in the weeks after the launch.

T3 will have all the details from the OnePlus 6T launch next week, so stay tuned.