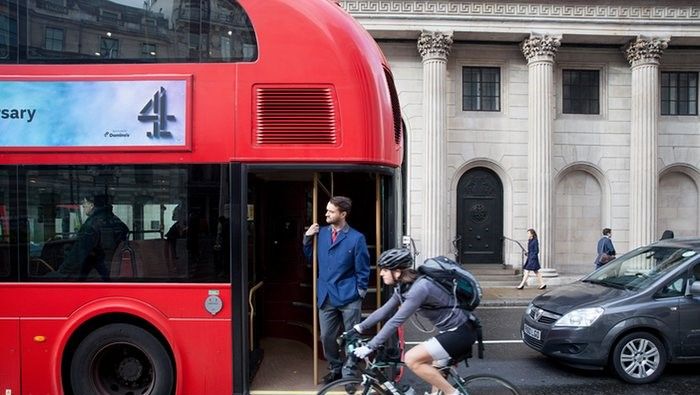 Getting around London can be a challenge at the best of times, especially if you're someone who prefers navigating the capital in your own motor. So, if you;re going to be stuck in a traffic jam or following the wake of a double-decker bus, why not use the rear view for something useful?

That's the aim of a new scheme being trialled by Transport for London (TfL), which will use strategically placed road signs and live updates connected to the back of buses in order to keep you updated on any accidents or road closures ahead.

The aim of the trial is to remove the need for you to check your phone, thus hopefully reducing the number of incidents caused by drivers not having their attention focused on the road.

The boards, which are GPS-enabled in order to keep that traffic data up-to-date and relevant, have been placed on a number of buses on route 344, which runs between Clapham Junction and Liverpool Street. The trial will run for six months, with TfL saying it will help reduce congestion along this consistently busy route.

TfL also has also expressed plans to extend the trial to number 415 buses operating between Tulse Hill and Liverpool Street from the autumn. Should this second route also prove successful with other drivers, it could see it rolled out across the capital.

Why not check out: Awesome high-tech vehicles you'd swap a Ferrari for