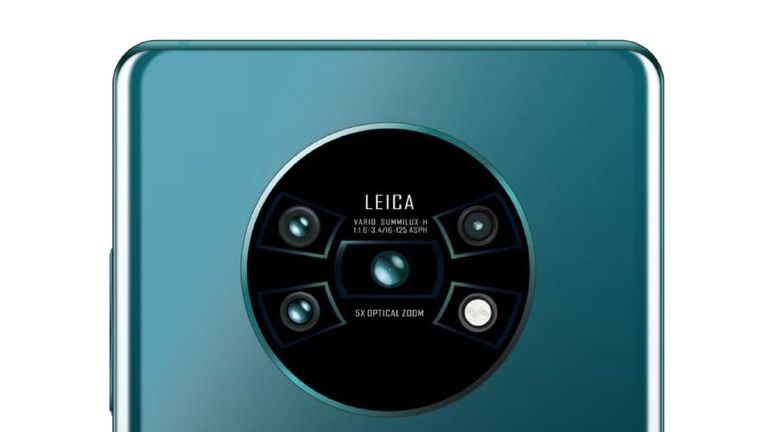 And so the fight back begins. After being plagued by issues caused by its, now partially lifted, blacklisting by the US government, Huawei seems to be laying down the foundations for its comeback later this year. With the much-hyped Huawei Mate 30 on the horizon, the Chinese company appears to be lining up killer hardware and features for the forthcoming flagship.

Which is something that, arguably, it absolutely needs to do. During Huawei's Trumpian blacklisting its arch-rival Samsung executed a very successful maneuver with its Samsung Galaxy S10 range, with the Galaxy S10e, Galaxy S10, and Galaxy S10 Plus all receiving max-score 5-star reviews from T3, and the Plus even going on to win T3's hyper-prestigious Best Phone gong at the T3 Awards 2019.

As such, if Huawei can't hit back fast and hard with a killer product, the damage inflicted could be long lasting. Judging by the latest apparent Mate 30 discovery, that seems to be the last thing on the Chinese maker's agenda.

This time the information comes from Dutch tech site LetsGoDigital, who has unearthed two trademark applications filed by Huawei with the European Union Intellectual Property Office (EUIPO) for the names "Cine-Lens" and "Camera Matrix".

Now, as noted by LetsGoDigital, both these filings seem to indicate that Huawei has been working on a cinema-grade camera lens, or one that is heavily optimised to perform like one when recording videos, which is far more likely as proper cinema lenses cost incredible amounts of money.

The Huawei Mate 30 series of phones is not mentioned in the trademark filings, but with the much-anticipated series slated for arrival this October, the timing of the filing (July 17), feels plausible for the Cine-Lens and Camera Matrix to debut in it. And, if not the Mate 30 series, then surely the Huawei P40 series, which is noted for release in March 2020.

And, if an incredibly powerful new camera lens technology does get included in the Mate 30, that will indeed be sobering news for Samsung, who as noted by reliable Samsung insider Ice universe, is going to use the same main camera as it has already released in the Galaxy S10 series in the Galaxy Note 10 and, worse, seems to indicate that the 1.4μm camera will be then dropped entirely.

Note10 uses the same main camera S5K2L4 as the Galaxy S10, but with the previous year, Samsung will add new features to it (there is a very technical feature), Note10 is the end of the 1.4μm camera, starting from S11, Samsung camera will be a new beginning. pic.twitter.com/Xc36rEalqBJuly 16, 2019

Which naturally leads to the conclusion that, if the Mate 30 does feature this seemingly advanced new camera technology from Huawei, and the Note 10 does indeed make little to no change to its camera system from the Galaxy S10 series, which itself it set to be phased out for the Galaxy S11, then the next Mate could absolutely smash the Note 10 in terms of offering a device that is a true technical leader, and therefor help it to claim the best smartphone maker throne from Samsung in 2019.