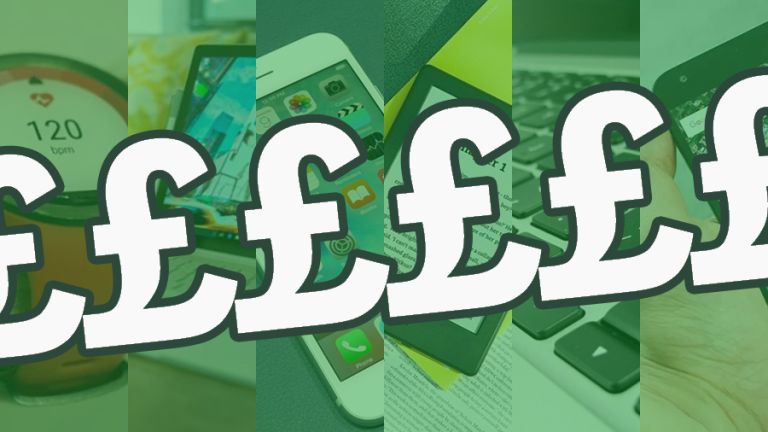 Got your eye on a shiny new gadget but don't have quite enough pennies to be able to afford it? Let us guide you carefully through the world of gadget bargain hunting - you might be surprised at what you can afford if you take a step off the most beaten tracks.

The good news is you'll get better at this as you go - identifying the best places and the best times to pick up cheap tech can take time, so keep working at it. If you regularly buy a lot of gadgets (like phone upgrades) then the potential savings can quickly add up.

Obviously the older something is the cheaper it gets - at least until it reaches the 'priceless tech antique' stage - but this is more true for some types of gadgets than others. iPhones hold their value very well, as do consoles, thanks to the long gap between new models, but if you look beyond whatever's "current" then there are some good deals to be had.

Instead of getting this year's Samsung Galaxy (for example), get last year's - you might find the differences are only a few milliseconds of performance you're never going to notice plus a few features you don't care about anyway (like waterproofing). You'd be surprised at how many people ignore older models once the latest and greatest ones arrive.

Don't go back too far in time , otherwise you're getting hardware that's too old and will probably need replacing very soon - this is a judgement call based on what you're buying. Make sure your gadget of choice (laptop, phone, smartwatch, GoPro) is still getting updates from the manufacturer and can still run the newest apps and you should be fine.

Get the timing right

This ties in with the last point but if you know when new devices are coming out then you can time your purchases to get the best deal. New iPhones arrive in September, for instance, so someone might be willing to sell you the current one on the cheap. Samsung, meanwhile, tends to launch its flagships in February or March, so plan accordingly.

Of course when new models are on the way, you absolutely shouldn't pay top whack for something that's just about to be replaced - like Apple's MacBook Pro laptops. However, if the discounts are decent and the next iteration is unlikely to change much, go right ahead. Keeping on top of the most recent speculation and rumours can be a big help here.

Again it depends exactly what you're trying to buy but most product categories have their own cycle that's usually straightforward to work out. For example, once the PS4 Neo arrives, the PS4 is going to be worth a lot less to buyers and sellers - and games are guaranteed to run on both machines, so there's the opportunity to make some savings.

You can buy hardware that's a little older, or that's just been replaced (or is about to be), but for some serious price cuts consider buying second-hand or refurbed goods. Do you really need all the original cables and packaging? Do you mind a small scratch or two? Some companies (including Apple and Dell) will sell refurbished items straight to you.

Then there are the second-hand marketplaces like eBay and Amazon: there's slightly more risk involved here, but the vast majority of transactions go through without a problem. Check out recent seller feedback before buying, carefully read through the item descriptions, follow the safety guides on the sites to the letter, and you should be okay.

Okay, your item might not be in a perfect condition - but the price you're paying is going to reflect that. Your brand new handset will only get scuffed and dirty after a few weeks anyway, so you might consider the trade-off worth it, and for popular items you should be able to pick from a variety of prices and conditions to suit whatever it is you're after.

This really involves everything we've already talked about but we'd encourage you to do your research so you know what a fair price is: check full retail prices across a range of online shops (Google or PriceRunner are good for this) and look at recent second-hand prices too - eBay lets you search through listings for items that have already sold).

You should quickly get an idea for the retailers that offer the best deals on the gadgets you're after. Avoid paying for cheap tech from overseas - chances are you'll have some hefty customs charges to pay, and it's much harder to get customer support or a refund if something goes wrong. Stick to the well-known sites, even if you have to pay a little extra.

If a deal is too good to be true, it probably is - bargain hunting involves an element of speed but don't rush into anything before you've properly weighed it up from all angles. As we mentioned at the start, there's a bit of a knack to it that you can only really gain with experience - so enjoy bargain hunting. And don't forget to keep checking T3.com for deals.