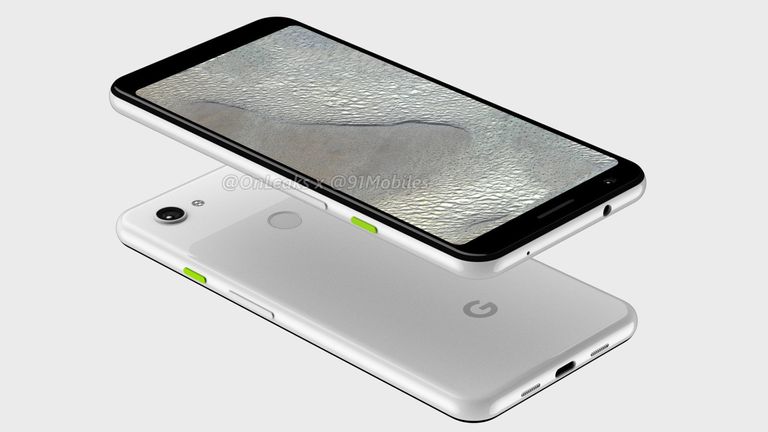 Google Pixel 3 and Pixel 3 XL are a pair of truly stellar smartphones. However, they're not perfect by any stretch of the imagination.

Thankfully then, Google is taking another run at the Pixel 3 handset with an iterative update, purportedly dubbed Pixel 3 Lite. This refreshed smartphone looks set to ditch the notch design that Samsung publicly berated, while returning the 3.5mm headphone port that has been lacking from Google-built handsets since the Pixel 2.

Reliable tipster OnLeaks and 91mobiles have teamed-up to unveil renders of the Pixel 3 Lite XL based on CAD models in the manufacturing process.

According to the high-resolution renders, the smartphone will boast a 6-inch full HD+ display with curved bezels – which should appeal to those who aren't a fan of the monstrous notch on the Pixel 3 XL. In terms of screen size, the Google Pixel 3 Lite XL is almost perfectly between the 5.5-inch display of the Pixel 3, and 6.3-inch Pixel 3 XL.

Google is also purportedly looking to launch a cheaper Pixel 3 Lite, which presumably will be slightly smaller than the standard 5.5-inch Pixel 3.

Earlier leaks hinted at the Qualcomm Snapdragon 670 being chosen as the processor for the Pixel 3 Lite range, paired with the same 4GB of RAM as the pricier Pixel 3 and Pixel 3 XL, which cost £739 and £869, respectively.