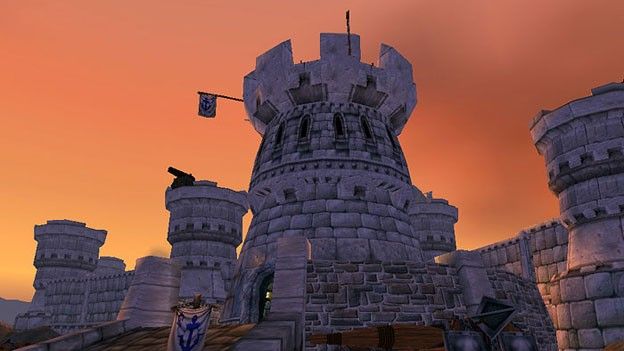 Having dominated the MMO industry, World of Warcraft developer Blizzard has announced it is looking into bringing its gaming phenomenon to iPhone

The world's leading MMO gaming title World of Warcraft could be set to make the jump to mobile devices with developer Blizzard suggesting it is looking in to bringing its WOW offering to iPhones.

Whilst the is a World of Warcraft Mobile Armoury app currently available for iOS devices which allows fans of the MMO title to view character sheets as well as manage guides and make use of the Auction House and manage, the proposed future iPhone offering would allow gamers to enjoy all aspects of the globally successful title.

“Yes we have [looked into mobile] and we always are,” said senior World of Warcraft producer John Lagrave. “Maybe we'll stumble on the great way to put WOW on the phone - maybe we won't, but we're certainly looking into it.”

Still in the early phases of planning, Lagrave has confirmed that any World of Warcraft for iPhone release is still some way off with much development and refining still to be done.

"We won't do it until we think it's decent. But it's interesting and the world is evolving towards that little handheld device - I'd have fun on it, that's absolutely the case. It would be foolish for any game developer to not be looking at that.”

The WOW producer added: "So we certainly look at that, but we just haven't solved it. What we've done with WOW on mobile devices is very simplistic: view the armoury, you check your auctions - not just on mobile but also on web. When we have an epiphany, everyone will know."

Would you be interested in a full adaptation of World of Warcraft being available on your iPhone or other smartphone device? Let us know via the T3 Twitter and Facebook feeds.