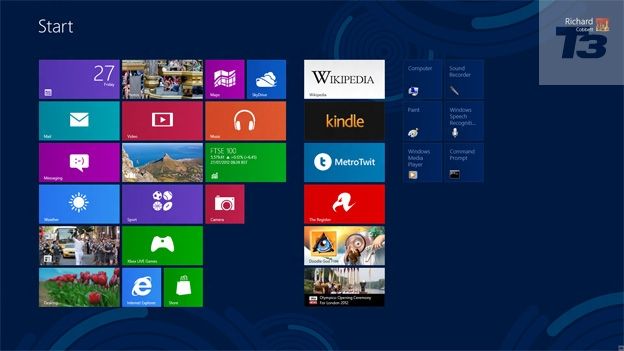 A series of clips of Microsoft's Windows 8 operating system have made their way online, showcasing its many features

The videos arrive just weeks when Windows 8, which will power both tablets and smartphones, arrives on October 25, although an early version was released to developers last month to launch new applications.

They landed shortly after Steven Sinofsky, head of Windows at Microsoft, announced a new update system in Windows 8 which means users purchasing new computers won't have to wait for a service pack to get the latest changes to the OS.

Watch the videos below