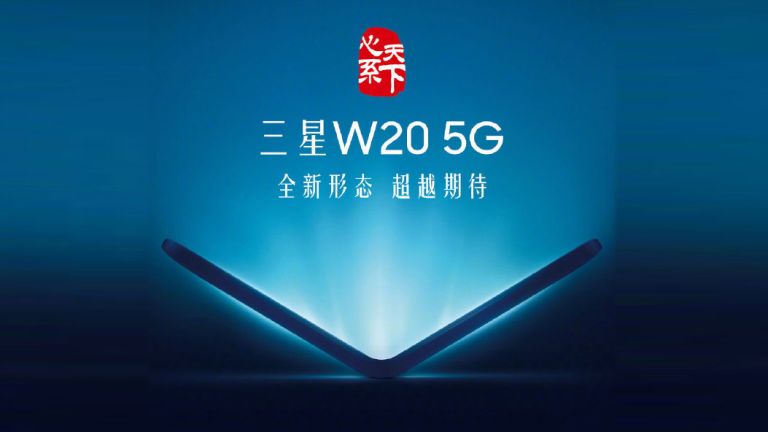 The Motorola Razr 2019 has dominated the tech world's attention over the last week, with a barrage of leaked images showcasing the folding smartphone's retro design. However, not to be outdone, a new teaser image suggests Samsung is preparing to debut a new folding phone – and it's not the Samsung Galaxy Fold 2.

According to a recent Weibo post by China Telecom, the Samsung W20 5G foldable phone is due to launch this month. A Chinese teaser image shows the W20 5G name above a clamshell folding design, just like the Motorola Razr, with light emanating from both sides where the screen should be.

Given that the Samsung W series is its traditional flip-phone avenue (its Asia-exclusive W19 is a high-end flip-phone with a keypad, priced at 18,999 yuan, or $2,700) it makes sense for Samsung to launch a foldable smartphone under this banner.

However, the W20 5G is also likely to debut as a China-only model, given we've heard no noise about it beyond the Chinese teaser image and its obvious 5G connectivity. The Razr is also set to be a US-exclusive (for now), which means fans in other countries will have to wait a while to get their hands on a clamshell-folding phone.

The Motorola Razr is set to launch November 13. Could Samsung have fast-tracked the W20 5G's launch time in order to beat the Motorola Razr to the punch as the "first" clamshell smartphone?

We'll know for sure at the end of the month, after both phones have been unveiled, but Motorola VP Dan Dery said that it wanted to get the Razr into customers' hands "no later" than its rivals. For now, the race is on.