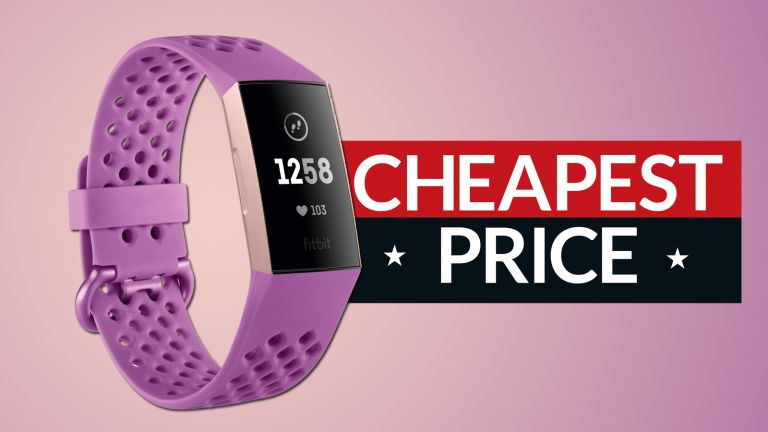 If someone asks for one, a fitness tracker is among the Best Christmas gifts you can buy. If they haven't asked for one, and you get them a Fitbit as a present, they might be a bit insulted you're insinuating they've let themselves go, but you know what? Sometimes you have to be cruel to be kind. You certainly don't want to pay full price either way, so check out these Fitbit deals…

Amazon UK had you more than covered yesterday: it dropped the price of the excellent Fitbit Charge 3 to a price cheaper than on Black Friday…

Wednesday update! But sorry, you missed the bus on the really big savings on the Charge 3 – it was down to just £79 yesterday – but you can still get it for £99 at Amazon. In both the UK and America, however, you can get some great deals on Fitbit's top-selling and most desirable workout watch, the Fitbit Versa 2.

Here's today's best deal though, and it's one for American fitness fans.

That's the sort of price the Versa 2 was going for on Black Friday. You see? You didn't need to drive yourself into a frenzy during that one week; there are great Fitbit deals all year around…

Fitbit Versa 2 $129.99 | Was $199.99 | Save $70 at Amazon
Using the integrated voice assistant, get quick news, info and weather, set bedtime reminders and alarms or control your smart home devices with ease. The Fitbit Versa 2 also tracks sleep, heart rate (24/7) and supports smart notifications, among other great features. Not to mention, the battery lasts over four days with just one charge. Over $70 off at Amazon.View Deal

Fitbit Charge 3 Fitness Tracker | Sale price from £74.99 | Was £129.99/£149.99 | Save up to £55 (42%) at Amazon
With a battery life of up to 7 days, the Fitbit Charge 3 can effectively keep tabs on many body metrics for elongated periods of time. Use the 24/7 heart rate feature to better track calorie burn and optimise workouts.  As well as these, the Fitbit Charge 3 automatically recognises exercises like runs, swims, elliptical, sports and more and records them for you in the Fitbit app.View Deal

Should you buy the Fitbit Charge 3 fitness tracker

Using the Fitbit Charge 3, you can have a better understanding of the most complicated and sophisticated device in the world: your own body. This water resistant fitness tracker monitors heart rate 24/7, counts calorie burned, has 15+ pre-loaded exercises on it, shows you goal progress, monitors sleep and more.

It also utilises the excellent Fitbit app, where you can further scrutinise your fitness and weight loss progress using easy-to-understand charts and graphs. The Fitbit Charge 3 has a touch screen display and supports smart notifications, too.

Should you wear it in your sleep, the Fitbit Charge 3 can even help you slumber more efficiently by giving you personalised insights on your sleeping patterns and bedtime reminders.

The Fitbit app can also track female health and monitor periods, record symptoms and estimate fertility windows, giving you a broader, more holistic view of your own body.

Now, head over to over Boxing Day sales hub where we collect all the best (expected) sales this Boxing Day. You can save as much as on Black Friday, if not more, if you are clever enough to wait until the 26 December.