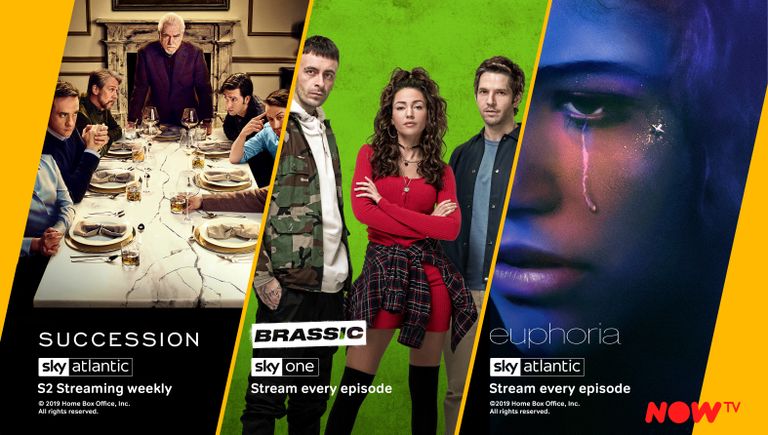 If you want to upgrade your television viewing this summer, Now TV is a brilliant option. With the contract-free Entertainment Pass you can tune-in to premium Sky TV channels live, including the likes of Sky Atlantic, MTV, Comedy Central, VICE, FOX, SyFy, Discovery, Sky Arts, and more.

With our exclusive discount, you'll be able to get up to 50% off the Entertainment Pass when you sign-up for the 6-month option. That means you'll be paying just £24 for the next six months of TV viewing – plenty of time for you catch-up on all of the brilliant shows we've listed above.

And if that's too much of a commitment for you, we've also got some great discounts  on other Entertainment Pass options. For example, you can get a brilliant 40% off the two-month Entertainment Pass – dropping it to £9.59 instead of £16.

Now TV 2-month Entertainment Pass | RRP: £15.98 | Deal Price £9.59 | Save 40%
There's so much to watch on the Now TV Entertainment Pass, this should give you enough time to really sink your teeth into the shows that are available live, or on-demand.View Deal

Now TV 6-month Entertainment Pass | RRP: £47.94 | Deal Price: £23.97 | Save 50%
This is the best possible deal you can get – with a full 50% slashed off the price of a 6-month pass. That means you'll be able to get access to the full raft of Sky TV channels well into the new year, as well as all of the shows that have already aired on-demand.

These Now TV Passes can be redeemed online, or on any number of devices which are home to the Now TV streaming app, including PS4, Xbox One, PC, macOS, iOS, Android, a raft of Smart TV brands, as well as Now TV's own hardware.