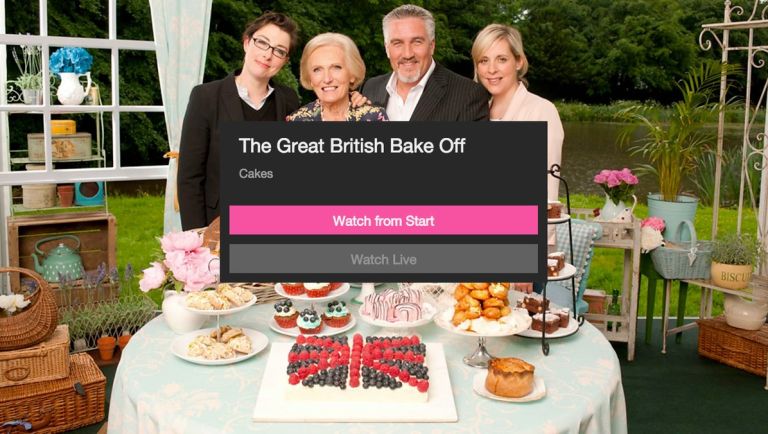 The BBC has just announced its Live Restart feature, which enables you to pause and restart live TV direct from BBC iPlayer, will finally be coming to the iPlayer mobile app on tablets and smartphones.

The feature, which was first launched in 2012 in time for the Olympic Games in London, gives users the ability a similar control over live TV than they do with on-demand content. The feature has also been available on connected TVs for a good while now.

The ability to pause live TV was added in a recent update, but the new feature will now give you the chance to restart that live episode of The Great British Bake Off or catch up on Match of the Day right from the beginning while it's still airing. And considering how busy the Beeb has been with live coverage this summer, the new feature couldn't have come sooner.

"The summer is typically a quieter time of year for BBC iPlayer," says Dan Taylor-Watt, head of iPlayer at BBC Digital. "Not this year. Live coverage of Glastonbury, Wimbledon, The Euros and The Olympics helped BBC iPlayer reach an average of 16 million unique browsers a week in June, July & August – up 37% on the same period last year."

The BBC is also planning more refinements to the iPlayer experience, including trialling subtitles on live TV channels, an archive catagory and more customisation options.

The Beeb is also working closely with Google to ensure the Google Cast experience works as best it can in BBC iPlayer, as well as rolling out the same feature to the BBC iPlayer Kids app as well.

Why not check out: 11 best smartphones 2016: our pick of the very best phones