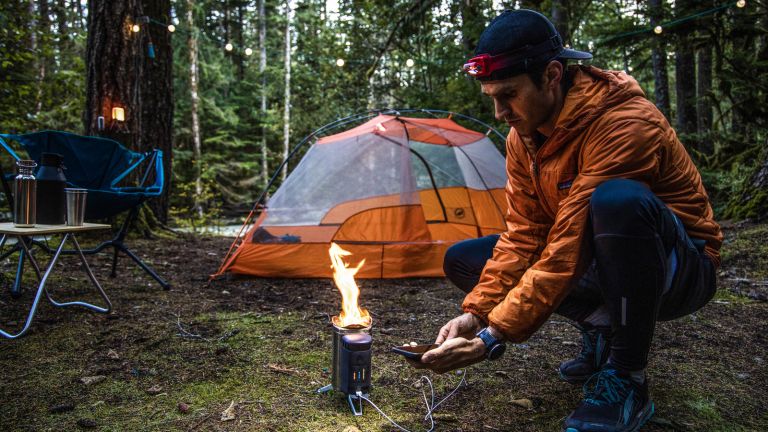 A headtorch may not seem like such an essential bit of outdoors kit compared to the likes of a tent or sleeping bag, but once the sun goes down and you need to find your way in unfamiliar territory, you’ll be glad you’re packing one. The only problem is, some head lamps can be mighty uncomfortable, which is something BioLite has kept in mind when creating its latest headtorch, the HeadLamp 200.

BioLite makes rugged outdoors kit that’s simple and fun to use – it’s also the brand behind one of the world’s smartest camping stoves the CampStove 2, which ‘turns fire into electricity’ so that you can charge your phone in the wild. New for spring/summer, BioLite has reimagined one of its most popular head torches to create the HeadLamp 200, a 200-lumen wearable light that weighs a meagre 50g.

Whether you want a new headlamp for hiking, trail running, dog walking, camping, mountaineering or fishing, this comfy device will lend itself to most outdoors scenarios. The HeadLamp 200 shares many of the same features as the award-winning BioLite HeadLamp 330, though with a lower lumen output and, as such, a lower RRP of £44.95/$44.95.

BioLite’s newcomer runs on a USB rechargeable 700mAh li-ion battery and offers four individual lighting modes: White Spot + Dimming, White Strobe, Red Flood + Dimming, and Red Strobe. In Flood mode the beam distance is 8m, while in Spot mode it reaches 50m. The head lamp throws a wide arc of light and is incredibly bright on the top setting, with a colour temperature of 6500k.

If you use it on full-blast continuously, the battery should hold out for roughly three hours. On the lowest power setting it stretches to around 40 hours per full charge, which is enough to get you through a multi-day camping trip or hiking adventure. It charges in around 2.5 hours.

The lamp itself tilts (you can move it up/down), and there’s a power button on the panel, though we found it a little tricky to use when wearing gloves, despite BioLite saying it’s ‘easy to engage with gloves’.

T3 has tested plenty of head lamps in its time, and some of them can feel uncomfortable to wear for prolonged periods. That’s not the case with the BioLite HeadLamp 200. Why? It comes with a series of clips that you add to the headband to increase or shrink its size as needed (even if you’re wearing a helmet).

The headband itself is made of moisture-wicking fabric to prevent a build-up of sweat when you’re getting active. Don’t stick it in the washing machine to clean it though – just wipe it down with a damp sponge, or hand wash it if it’s in need of a deeper clean.

Looking for more outdoors content? Then check out these buyer’s guides too…