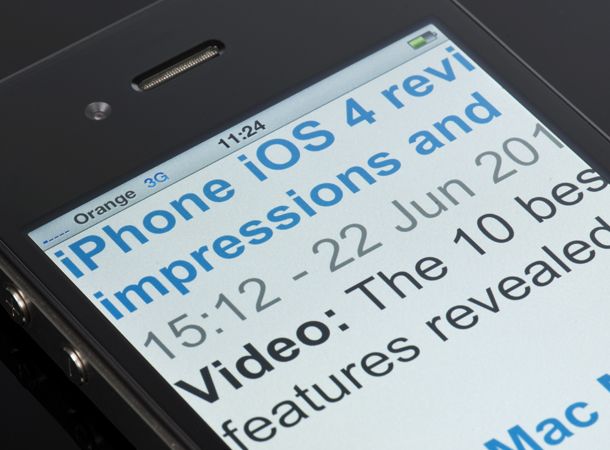 Apple is expected to launch a range of new products in September although its final feature list remains a well kept secret, an industry expert and iPhone accessory provider has revealed to T3.

Speaking with T3.com on the iPhone 5 this week ,Tony Johnson, UK Manager of Griffin Technology, declared that “there will be some sort of announcement from Apple in September” despite insisting his company has not been made privy to the mooted handset's specifications. Keen to highlight a lack of insider knowledge Johnson added: "what that will refer to as to whether iPod, iPhone or iPad, we just don't know."

“We have a longstanding relationship with Apple but we are not treated special in any way,” Johnson said. He added: “all we can do is work on the history of Apple releases which is what all the companies do.”

The Apple iPhone 5 rumour mill has been kicked into overdrive of late with the widely expected September iPhone 5 release date being thrown into uncertainty. Whilst an Apple job listing has hinted that the iPhone 5 release date will now fall on August 16th, a new report out earlier today claimed Apple has delayed the iPhone 5 arrival due to the included A5 dual-core processor chip causing the device to overheat.

“These rumours don't really affect what we are doing in terms of product development,” Johnson stated, “It just means that this increased online chatter creates an added nervousness ahead of the official announcement.”

When do you think Apple will finally unveil the eagerly awaited iPhone 5 handset, August, September, later? Let us know via the T3 Twitter and Facebook feeds.