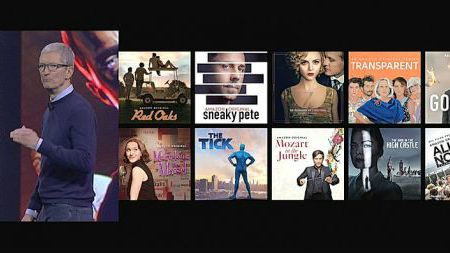 It's fair to say tvOS is not a massive deal in the UK for Apple, so it's pleasing to see that it's now deemed about as important to our closest ally as well.

Given that Amazon Prime and the Amazon Fire TV hardware are a rival to Apple TV, this is arguably not the most triumphant achievement, but Amazon's video streaming service is generally excellent so… thumbs up overall.

Usually, most of the best Apple TV/tvOS functionality doesn't even reach the UK, but presumably Amazon Prime Video will be on Blighty's Apple-powered screens very soon, given that it's already available on everything short of your washing machine.

Whether you'll be access to Amazon's pay-per-stream video as well as its monthly-subscription-based service remains to be seen but logically the answer to that would be, "No, unless Amazon is really going to let Apple have a cut of its presumably most profitable service."