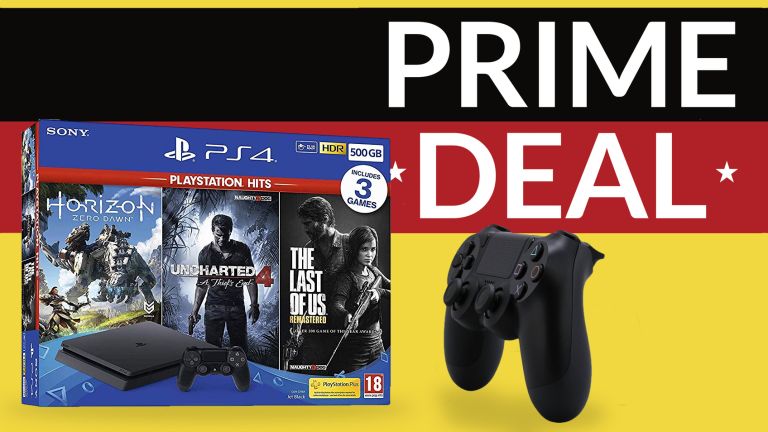 Amazon Prime Day 2019 is not pulling its punches. The blockbuster two-day sales is in full swing with some unbelievable price drops on a wide range of products, from the Apple iPhone X, to the OnePlus 6, and Amazon Echo Show 5 – to name a few.

And there are some serious gaming deals, too. Amazon has dropped the price of an exclusive Sony PlayStation 4 bundle that includes three exclusive PS4 games and an extra controller, which is worth £44 alone.

As well as the 500GB PS4 console and a second dualshock controller for local multiplayer, you'll also get to enjoy Horizon Zero Dawn Complete Edition, Uncharted 4: A Thief's End, and The Last of Us. And the whole package costs less than the console alone on a typical day.

If you don't already own a Sony PlayStation 4, there has never been a better time to get a brilliant £125.43 discount and selection of games.

Sony PS4 500GB + dualshock PS4 Controller + Horizon Zero Dawn, Uncharted 4, and The Last of Us | Was , Now £219
Amazon has slashed £80 off the price of this bundle, so you're getting some of the most beloved exclusive PlayStation games for free on your new console which means you're essentially getting one of the most popular video games in recent memory for free. That's a pretty great deal. The Prime Day deal finally matches the discount we saw during Black Friday, something the online retailer hasn't got anywhere close to in the intervening months. If you're thinking about getting a new console and this game is top of your Most Wanted – don't delay!View Deal

Thankfully, Amazon has slashed the price of its Prime membership by £20, bringing down the annual cost from £79 down to £59. That means Amazon Prime will cost you less than £5 a month, which is pretty stunning value given what's included in the scheme.