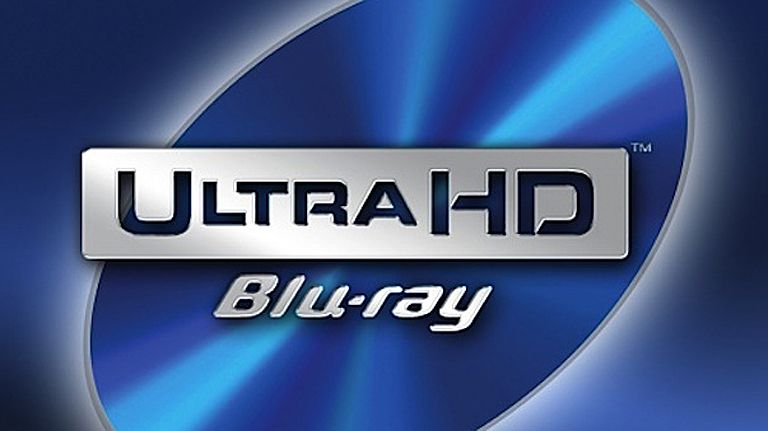 That's right, just as you've finally put the finishing touches to your Blu-ray collection, buying that 30th Anniversary Ultimate Collector's Edition of Blade Runner, you can go straight back to square one as 4K Ultra HD Blu-ray is finally here. Boasting greater fidelity, more features and unique new technology, these discs promise to deliver the next stage of home entertainment. There is quite a lot of information to take in though, so we've parsed it down into this super handy guide.

Let's start with the basics. The 4K Ultra HD Blu-ray format will support a resolution of 3840 x 2160, which is twice as sharp as the resolution of the pre-existing Blu-ray format, which sits at 1920 x 1080. This is the most obvious and simple to understand improvement delivered by Ultra HD Blu-ray, it delivers a picture with four times the amount of pixels on screen and it is sharper as a result.

The Hobbit trilogy was shot at 48 frames per second (FPS). Ultra HD Blu-ray supports up to 60 FPS video.

Secondly, the new format also supports high dynamic range (HDR). High dynamic range, simply put, allows a compatible television to display an image with far greater contrast between its lightest and darkest areas. The higher this contrast ratio is the better. Alongside HDR compatibility will also be support for up to 60 frames per second (FPS) video, such as the 48 FPS demonstrated in the recently released The Hobbit films. Rather than increasing fidelity or contrast, this support for higher frame rates allows for smoother video footage and a more-like-the-real world viewing experience.

Next in terms of specs, 4K Ultra HD Blu-rays will support object based immersive sound. In layman's terms this means support for even more directional sound sources. A good example of this technology can be seen in the pre-existing Dolby Atmos, which has support for up to 64 different speakers. As such, with Ultra HD Blu-rays, 7.1 surround sound will no longer be the limit of audio channels and fidelity.

Ultra HD Blu-ray discs will support object based immersive sound. This basically means more audio channels can be utilised, such as with Dolby Atmos.

We now move onto the hardware needed to play the new 4K Blu-rays because, as you might have guessed, your existing Blu-ray player will not play the new discs.

The Panasonic DMR-UBZ1 promises to be the world's first Ultra HD Blu-ray writer and reader unit.

There have only been a handful of 4K Ultra HD Blu-ray players announced so far, with Samsung's UBD-K8500 model taking the record as the world's first. Panasonic has also recently announced its own Ultra HD Blu-ray player, the DMR-UBZ1, which reportedly will be the first Ultra HD Blu-ray burner too. Regardless of the brand however, all of these players are set to be released early in 2016 in the west. No official dates or price points have yet been announced, yet we're guessing that they are going to be pretty steep.

Samsung's UBD-K8500 Ultra HD Blu-ray player was the first in the world to be revealed.

Here is a list of films confirmed for Ultra HD Blu-ray release as of the time of writing:

X-Men: Days of Future Past

As with the Ultra HD Blu-ray players, no price or release date has yet to be announced for these films, however they are all scheduled for an early 2016 release.

So should you invest in Ultra HD Blu-ray?

It appears an almost nailed on certainty that Ultra HD Blu-ray is going to be the next disc-based format for entertainment media going forward. Major hardware producers are getting behind it already and, considering the climb-down in pricing we've seen on 4K TVs over the past couple of months, it really seems as if 2016 will be a big year for 4K, with broadcasters, content makers and manufacturers bringing 4K to market in a big way.

Kingsman: The Secret Service will be one of the first wave of 4K Ultra HD Blu-ray films to be released in 2016.

If you should be looking to upgrade immediately however is another matter. There are a few good 4K Ultra HD Blu-ray films already announced, however we're guessing that you won't see continuous releases until at least next summer, so unless you want to watch Kingsman: The Secret Service on loop then we'd suggest holding fire. A 4K TV on the other hand seems a wise investment for the first quarter of 2016, as they all feature upscaling technology that, while not delivering you true 4K on non-Ultra HD sources, do take you close and will set you up for the second half of next year and beyond.