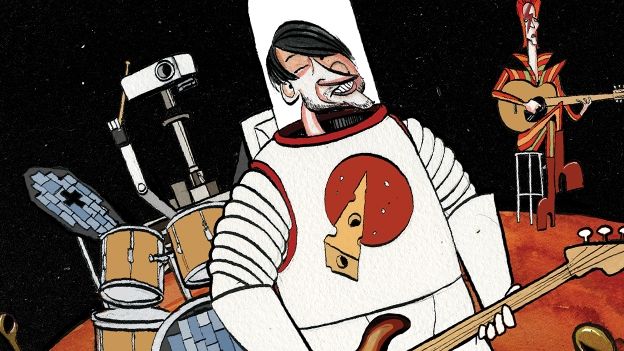 Scientific research has brought us an understanding of DNA and atomic science, among other great things. But for every great discovery, there's invariably a project that wasted money on a ridiculous premise. We check out the worst offenders of all.

There's no life on Mars

The latest of the 40 attempts since the 1960s to reach the red planet – 60 per cent of which have failed – is NASA's Curiosity Rover. Part of a $2.5 billion mission, this six-wheeled vehicle descended by parachute to the surface of Mars. There, we expect it to stumble over the corpse of the British-born Beagle 2, which disappeared from radar upon entering the atmosphere in June 2003 and was officially declared lost two months later. The cost? A not insignificant £44 million. Maybe it'll also find Alex James from Blur – the floppy-haired cheese pimp produced the probe's call sign and helped fund the project – and form a super-group with David Bowie, who we'd imagine will no doubt be there, too.

University of Oxford brainiacs spent three years and £300,000 of public money on, essentially, installing a shower in a duck pond. The mallards mainly stood under the shower and often drank from it, leading scientists to conclude, in 2009, that ducks like the wet stuff. National Farmers Union spokesman Anthony Rew told The Guardian: “If they asked a farmer, he would tell them ducks like water.”

You can get laid online

In 2010, Stanford University's $239,100, government-funded study revealed nearly a quarter of hetero couples found committed partners online, while 61 per cent of gay people also did because it was more discreet. The study may also have helped an estimated 8.38 per cent of Arkansas natives realise they didn't have to marry first cousins.

UCI Professor Bonnie Nardi spent three years and $107,000 of public money on “research in Warcraft play,” prompting a further $3 million investment from the US National Science Fund. The brief? To study how “multiplayer computer games and online virtual worlds can help organisations collaborate and compete more effectively”. That should eliminate America's $16 trillion debt, then.

In 2011, Princeton University student Noah Jafferis demonstrated a magic carpet, of sorts. Using high-frequency undulations to trap air under a 10cm sheet of electrified plastic, he was able to lift it millimetres off of the ground, and propel it forwards like a small, square stingray. All he needs to do now is build one which could carry a human – maths tells us that it would need to be over 12m square, alas – and he would have perhaps the ultimate device for the drive-by stealing of traffic cones.

Elephants are not drug abusers

In 1962, Oklahoma University researchers tried to induce an uncontrollable rage (known as “musth”) in a 5,000kg elephant. It did so by injecting 297mg of LSD into its arse – 0.64mg would have been plenty. There weren't reports of him seeing pink humans flying around and he certainly didn't “find himself”; he went into convulsions, and died after an even larger dose of promazine hydrochloride was administered to “counter the reaction”. To remove the dead elephant, Syd Barrett was called in to ingest him on a sugar cube, after which he used Noah Jafferis' magic carpet to fly into the future and dissolve into an infinite, vibrating universe.

The recording of the “first case of homosexual necrophilia in a mallard” won the IG Nobel Prize for Biology in 2003. Dutch researcher Kees Moeliker observed: “Next to the obviously dead duck, another male mallard mounted the corpse and started to copulate, with great force.” The poor victim was stuffed (again) and now lives at a museum in Rotterdam, presumably as a warning. The Latin name for the duck? Anas platyrhynchos. We're saying nowt.

Give an infinite number of monkeys the same quantity of typewriters and they will eventually produce the complete works of Shakespeare: this is true – it's the nature of infinity to produce all possible outcomes. In 2003, however, Plymouth University used just six macaques, one computer and £2,000 of Arts Council cash to check. The primates quickly got bored, before “shitting on the keyboard” – this was written up as an actual finding – and bashing it with rocks. Geoff Cox of Plymouth University's MediaLab said, “It wasn't actually an experiment as such, it was more like a little performance.” Coldplay: look to your laurels.

Okay, this one sounds useful…

Finally, Google has created a network of 1,000 computers with 16,000 processing cores and a billion connections wired up like a human brain. It's job: to recognise cats. Oh. YouTube, you have a lot to answer for…