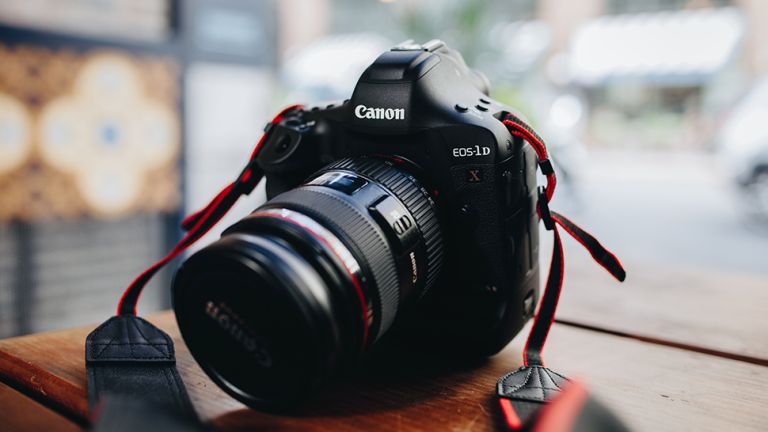 Since smartphones got cameras that were at least usable, the way we take photos has been transformed - we can now snap anything, anywhere, at any time, and share it with hundreds of followers in seconds. Photography is now more convenient than ever.

So what's the use of a proper camera, whether a full DSLR or something less advanced? There are actually more reasons to take one along than you might think, especially when you're going on your travels, and want quality photos that do your memories justice.

1. You don't want to run out of battery life

Trying to get your smartphone battery to last the day is a challenge at the best of times, and if you're out shooting wildlife on the Serengeti or just snapping a few party shots at your friend's wedding, you don't want to find yourself thwarted by a dying  battery.

This is even more important if you're going to be away from civilisation for a few days - the battery life of a dedicated camera will vary depending on the model, but it will certainly last you for several days, and you've also got the option of taking a spare battery with you.

2. A phone call could interrupt your shot

Having multiple gadgets combined into one all-powerful smartphone of course has its advantages - your pockets and your bags are less weighed down, for a start - but if you're serious about your photography then you don't want a shoot being rudely interrupted.

It could be a phone call when you're trying to frame a delicate shot of a butterfly, it could be a WhatsApp message just as you've got the perfect family photo in frame, and so on. Keep your phone switched off in your pocket and you've fewer distractions to deal with.

3. You can get closer to your subjects

There's no doubt smartphone cameras are getting better and better all the time, but there's one area where dedicated devices still have a definite edge: the zoom. The best you get on phones is 2x optical zoom, available on some models including the newest iPhones.

Even the cheapest digital cameras offer 5x optical zoom, and lenses for the high-end DSLRs go way, way beyond that - zoom level can make a huge difference whether you're down at your kid's sports day or you're trying to shoot the finer details of the Sagrada Família.

4. You can take more control over your shots

It's not just zoom where digital cameras have the edge either, because you get far more control over settings such as aperture size, shutter speed, white balance and all those other variables that are so important to getting the right shot in any kind of lighting.

Admittedly most people are happy to have the simplicity and the convenience of a smartphone camera - where you can just point and shoot - but if you're prepared to put in the time and effort to learn the photography ropes then you'll get much better end results.

5. Make sure you capture all the light

This is an area where smartphones have definitely been improving in recent years (see handsets like the Samsung Galaxy S8), but buy yourself a decent, dedicated digital camera and you're going to end up getting much better shots in most low lighting conditions.

It's all to do with the size of the sensor on board, and thus how much light can be captured: camera sensors are up to 50 times bigger than phone sensors, because phone manufacturers are keen to keep their handsets as compact and as slim as possible.

6. Make sure you capture all the action

Fast-moving action is another scenario where a dedicated camera can typically beat a smartphone, thanks to an ultrafast shutter speed - in fact, phones don't actually have a mechanical shutter at all, and instead the camera app controls the exposure time.

From capturing a goal during a football game to shooting your buddy taking part in some white-water rafting, there are lots of times when photos need to be captured in an instant, and to be sure you can completely banish the blurring, you need a proper camera to hand.

7. You don't want to run out of storage space

How often have you been stopped from taking a photo because you've run out of room on your phone? Even if the answer is never (lucky you), it's always a possibility, especially with the arrival of 4K video recording that can quickly eat up the available storage.

On the other hand, dedicated digital cameras make use of memory cards up to a whopping 256GB and even beyond. You don't have any other apps or Netflix downloads fighting for room either, and you can keep several memory cards in reserve, should you need them.

8. Digital cameras are more connected than you think

Smartphone cameras do have their advantages - you always have them with you, and you can quickly share photos to social media, and pictures can be quickly backed up online, for example - but digital cameras are constantly improving and adding features as well.

Many digital cameras now have built-in Wi-Fi functionality, for example, so it's a breeze to get your photos up to a cloud backup service, or across to your desktop computer, or to link them with your smartphone so your social media accounts are only a tap away.