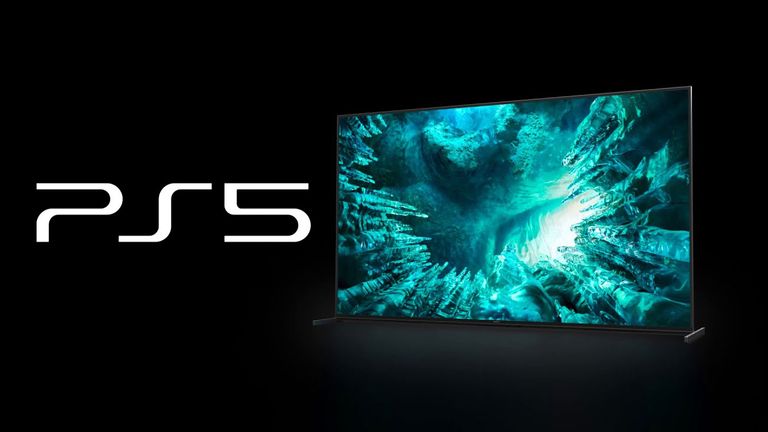 Thanks to Xbox Series X dominating the news cycle with its early reveal, the PS5 is set to have a battle on its hands. Microsoft has already dropped the hint that its flagship console is set to perform in 8K, but we've heard nothing official from Sony in the way of the PS5's next-gen capabilities.

All we have to go on so far is a short clip from the upcoming PS5-exclusive slasher Godfall, uploaded to Twitter. But fear not, PlayStation fans: Sony is on the case with a home-entertainment pairing that could spell doom for the Xbox Series X.

At CES 2020, the Japanese company unveiled its new range of TVs for the coming year. The top-end models have been described by our sister site TechRadar as having been designed with "upcoming next-generation gaming consoles" in mind.

Sony's new TVs, led by its flagship Bravia Z8H model, will support both 8K and 4K resolutions. They've also been described as prioritising "fast response time via HDMI outputs", because after all, what's the use of playing Fortnite in 8K if you keep getting killed due to a slow response time?

The Z8H model will also be equipped with audio drivers that output sound based on images onscreen, providing a more immersive gaming experience for the next generation. We're expecting more sophisticated interactions between games and sound systems this year: imagine stalking through Endor on Star Wars Battlefront and hearing a twig snap behind you, allowing you to spin around and deal with the Stormtrooper creeping up on you. It's another example of Sony's new TVs being shaped by next-gen games consoles, designed to push them to their limits.

As all these capabilities are tied to the PS5 under Sony's umbrella, we're betting the PS5 and Sony's top-end TVs are designed to work seamlessly together. This means that yes, the PS5 will support 8K gaming, just as its Microsoft rival does.

However, as much as Sony is likely to encourage gamers to invest in the "Sony economy", it's telling it mentioned next-gen consoles rather than the PS5 specifically. The Xbox Series X will look just as gorgeous on a Sony TV, but as Sony has had access to PS5 tech while developing its new displays, we're excited to see what can be accomplished with a Sony TV-PS5 pairing. It could make for an experience that blows the Xbox Series X out of the water.