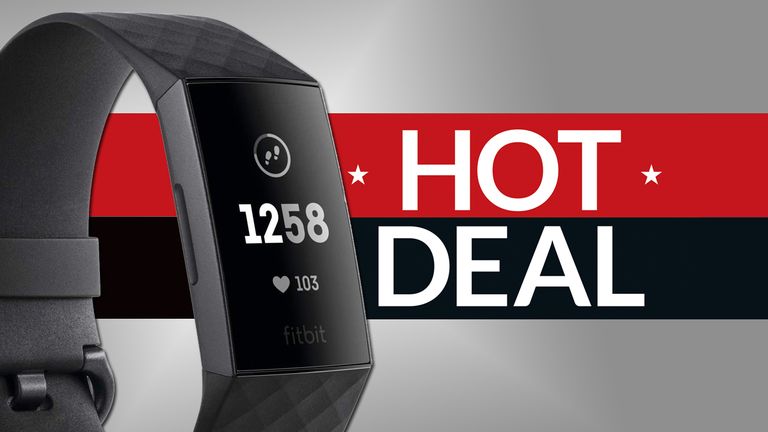 Amazon Boxing Day sales are here and as expected, it brought along a solid Fitbit Charge 3 discount, which is among today's best Fitbit deals. You can get this fitness tracked in all colourways possible for up to 27% less. Even the Fitbit Charge 3 Special Edition with NFC has been discounted, so if you are keen on using your wrist to pay for stuff in the shops via Fitbit Pay, opt in for this version. So, buy one to day and get fit in 2020.

Head over to our best New Year sales hub, there are some pretty good deals listed on the page from all over the internet, but definitely from big retailers such as Amazon, Argos,  John Lewis, Walmart, Macey's and more.

Fitbit Charge 3 fitness tracker | Sale price £94.99 | Was £129.99 | Save £35 (27%) on Amazon
With a battery life of up to 7 days, the Fitbit Charge 3 can effectively keep tabs on many body metrics for extended periods of time. Use the 24/7 heart rate feature to better track calorie burn and optimise workouts. As well as these, the Fitbit Charge 3 automatically recognises exercises like runs, swims, elliptical, sports and more and records them for you in the Fitbit app.View Deal

Why should you buy the Fitbit Charge 3 fitness tracker

Using the Fitbit Charge 3, you can have a better understanding of the most complicated and sophisticated device in the world: your own body. This water resistant fitness tracker monitors heart rate 24/7, counts calorie burned, has 15+ pre-loaded exercises on it, shows you goal progress, monitors sleep and more.

It also utilises the excellent Fitbit app, where you can further scrutinise your fitness and weight loss progress using easy-to-understand charts and graphs. The Fitbit Charge 3 has a touch screen display and supports smart notifications, too.

Should you wear it in your sleep, the Fitbit Charge 3 can even help you slumber more efficiently by giving you personalised insights on your sleeping patterns and bedtime reminders.

The Fitbit app can also track female health and monitor periods, record symptoms and estimate fertility windows, giving you a broader, more holistic view of your own body.