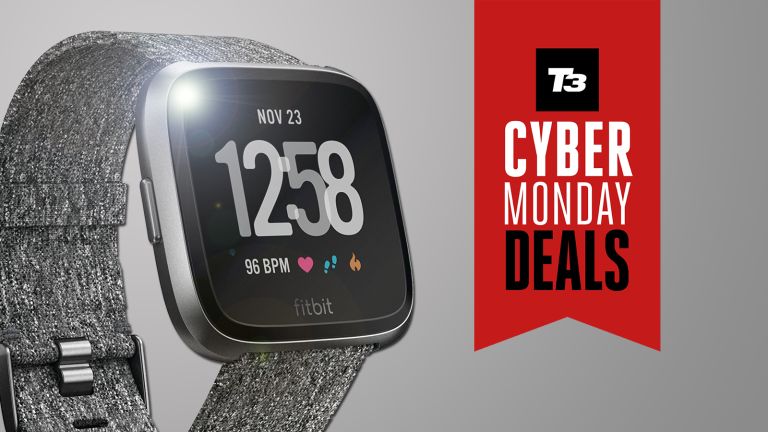 Cyber Monday on Amazon might as well be called 'get yourself a cheap Fitbit': many, if not all, Fitbit models have received a price cut, like the Fitbit Versa and the Fitbit Versa Special Edition, the latter being the models that come with the premium straps.

Other Fitbit models have been discounted off on Amazon this Cyber Monday, like that Fitbit Versa 2 plus Amazon Echo Dot bundle deal for £179.99 and the up to 32% off Fitbit Inspire HR, Fitbit Ace 2, and Fitbit Ionic deal. If you are a fan of Fitbit as a brand, or always wanted to get one, this is your chance to acquire one for cheap.

Fitbit Versa fitness smartwatch | Cyber Monday price £127.99 | Was £199.99 | You save £72 (36%) on Amazon
Tracks steps, distance, floors and active minutes in style with the Fitbit Versa. As expected from a decent fitness tracker, the Fitbit Versa monitors heart rate and calories burned 24/7 as well as your sleep so you'll know how well you slumbered. Pay with your wrist and load credit and debit cards to your Wallet in the Fitbit app.View Deal

Why you should buy the Fitbit Versa fitness tracker

Get this brilliant fitness tracker on Amazon for up to 35% off now, perfect for yourself or as a Christmas gift for your parents or your significant other as well!