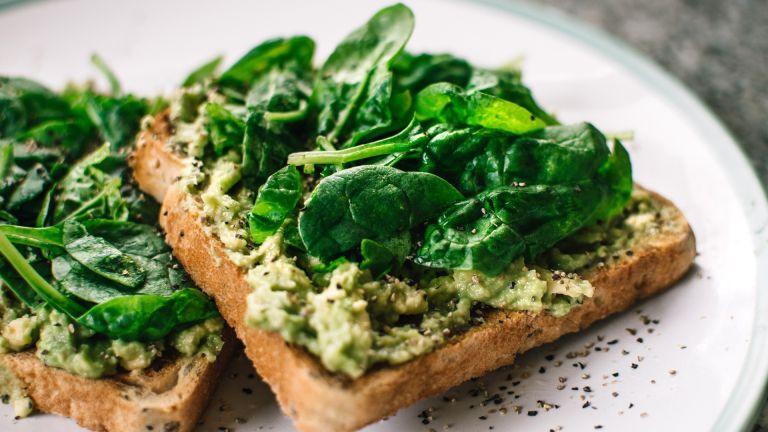 Although a vegan diet is usually adopted for ethical reasons, done right it can also be an effective route to weight loss. You not only have the chance to lose weight with a vegan diet, it can also help you maintain a lower weight. You’ll also feel healthier, and help the planet. Going vegan may be having an explosion in popularity now but that doesn’t make it a fad. It’s not like the Paleo diet, where you eat like a caveman.

If you're struggling to keep stick to your new year's resolution to lose weight fast by following a calorie-counting diet, it could be worth switching to a vegan diet. Rather than following a restrictive diet, consider adapting your eating habits in a way designed not to reach a goal weight by a goal date, but as a permanent change to your lifestyle. The long lasting effects of veganism are great and the amount of effort involved to become vegan may be less than you fear.

According to U.S. News, 80 percent of people give up on their new year’s resolutions by the second weekend of February, meaning they last for just six weeks.

What's more, new research by Strava suggests many of us won’t even make it that long, and will have given up by January 19. So if you’re still striving to get fit, well done you!

Veganism has been adopted by millions of people all over the world for a number of reasons including eco-consciousness, animal welfare, overall healthier living and of course, weight loss.

A vegan diet is a diet that completely avoids eating animal products, whether that’s in the form of meat, or animal produce such as milk, cheese and eggs. As a result, a vegan diet is centred around fruit, vegetables, beans, grains and nuts. This is different to a vegetarian diet, where meat is not eaten but products derived from an animal can be.

When following a vegan diet it’s important that you still think about the calories in what you're eating, as well as the nutrients in your food. White pasta, chips and Oreos are vegan (although Oreo themselves say vegans should not eat Oreos because of the risk of cross contact with milk), but try living off just these and you won’t find yourself feeling any of the benefits of a vegan diet. You knew that already, of course.

The recommended balance of food groups when following a vegan diet is to get 55-60% of your calories from carbs, 20-25% from (plant-based) protein and 15-25% from fat. The vegan food pyramid is a helpful visualisation of this.

Is being vegan good for you?

Eating a plant-based diet often leads to a person eating less processed food, and fewer foods that are high in saturated fat. There’s also usually an increase in the amount of fibre in a vegan diet, which means you eat lower calorie foods that keep you fuller for longer.

While the vegan diet is low in calcium and vitamins B12 and D, these can be supplemented either through clever food choices, or actual supplements. Soy, dairy-free milk, almonds, kidney beans, lentils and leafy greens (spinach, cabbage and kale) are all high in calcium, and there are cereal and soy products that come fortified with B12 as this cannot be consumed naturally outside of eating meat.

One of the main concerns raised about the vegan diet is the lack of an obvious protein source in a meat-free diet. However, there are plenty of plant-based protein sources from tofu and lentils, to edamame beans and chickpeas, as well as nuts and seeds.

“I go where the animals get their protein,” says Ashley Frost, a fitness lover and vegan who advocates a plant-based, wholefood vegan diet. Her philosophy echoes that of Patrik Babousmian, the world-record holding strongman who featured in the Netflix documentary The Game Changers, a film debunking myths around the links between meat, protein, and strength Oh, and he doesn't eat meat. Baboumian says: "Someone asked me, 'How could you get as strong as an ox without eating any meat?' and my answer was, 'Have you ever seen an ox eating meat?'”

Does being vegan help with weight loss?

According to a study published in the Journal of General Internal Medicine, participants eating a vegan diet lost an average of four pounds more than those on a regular meat-inclusive diet over a period of eighteen weeks.

This is because the plant-based nature of veganism results in avoiding foods with high levels of saturated fat and animal proteins, which some studies have shown increase the risk of developing heart disease and  type 2 diabetes.

That said, the choices you make within the vegan diet are important. “Being vegan isn’t synonymous with weight loss. It’s not a case of go vegan and you’ll lose weight. Calories still matter,” Ashley tells us.

This is why she follows a plant-based, largely wholefood diet, not dissimilar to the paleo diet in that she avoids processed foods and foods with artificial additives. 80% of what Ashley eats comes from the ground, allowing for 20% of her diet to include processed vegan food like vegan chocolate and meat substitutes.

What foods should you avoid on a vegan diet?

The vegan diet is very clear on what you can and can’t eat. You should avoid anything that comes from an animal, which means no meat or fish, but also no animal by-products like eggs, milk (and products that contain milk, so chocolate and cheese) and honey.

There are some less obvious things to, for example you’ll need to take note of what your food is fried in – opt for vegetable or sunflower oil rather than animal fat – and how your alcohol is produced. Egg white or gelatin is sometimes used when making beer and wine and isinglass, a form of collagen taken from fish bladders, is used to clarify beer and wine.

There are now many alternatives to non-vegan food that you can use to replace animal products in your diet. For example, meat alternatives such as tofu and Quorn, vegan cheese and plant-based milk like oat and almond are all much more common than they were a few years ago.

Ashley recommends a slow transition rather than trying to go from full on carnivore to vegan overnight. She grew up vegetarian but then ate meat for a number of years before becoming vegetarian again for six months. “Once I went vegetarian for the second time I thought I might as well try being vegan,” she says. She started by cutting out eggs from her diet, and waited several months before removing another food.

The simplest way to start is by looking at your regular meals, and considering what you can replace. Love curry? Why not try vegetable curry rather than chicken? Can’t get enough of fajitas? Use Quorn chicken pieces or mince instead of meat. If you love pancakes for brunch on a Sunday morning, try making them with bananas and oat milk instead.

An appealing factor about veganism is that you won’t experience the hunger associated with other methods of dieting, for example intermittent fasting. This is because like for like you can actually eat more food as a vegan, because so much of what you eat is low-calorie. Consider how many calories are in an 8oz sirloin steak: approximately 300 if the steak is lean and the fat is trimmed. For that same number of calories you could eat nearly 14oz of sweet potato or almost 32 oz of broccoli.

Practically speaking, being a vegan is a lot easier now than it used to be. “There are replacements for everything,” says Ashley, “and restaurants are so accommodating. I have even eaten at steak houses... I’m not the annoying vegan anymore!”

What are the side effects of a vegan diet?

We’ve touched on a few of the vitamins and nutrients typically lacking in a vegan diet and how to replace them, but are there other side effects?

“At the beginning I had six weeks of bloating because I was eating so much fibre, in particular beans,” says Ashley. “My body wasn’t used to so much fibre, but after about six weeks it had adapted and the bloating stopped”.

In fact, Ashley initially became vegan because she had been suffering from stomach issues including bloating and poor digestion. She thought she had IBS, but after turning to a vegan diet her symptoms stopped.

While there are a number of things to consider before adopting the vegan diet, it's entirely possible to be healthy, strong and lose weight as a vegan. Ashley strongly advocates giving it a go: “It’s so easy," she says, "and it's really not as dramatic as you think it is.“