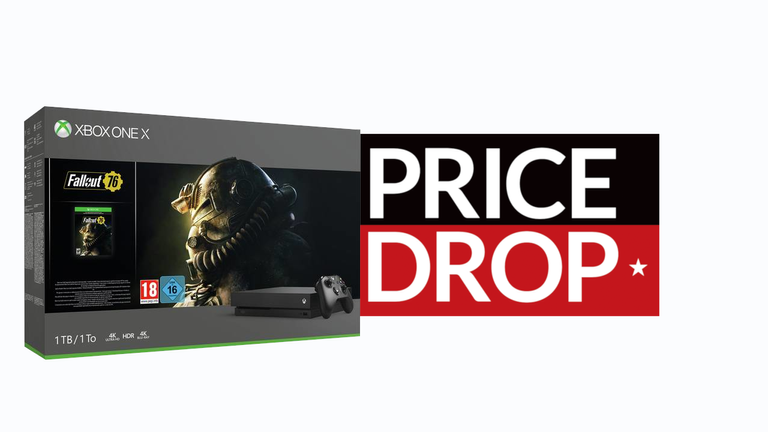 The Xbox One X is lauded as the most powerful console on the market right now, and while the platform exclusive titles aren't as strong as Sony's PlayStation 4, if you have a 4K TV and the enjoy the majority of games available on Microsoft's console, this deal is too good to miss.

Compared to the same bundle deal at Amazon and GAME, you're saving almost 16% next to Amazon, and 23% on GAME's retail exclusive white bundle. Yes, the console is pricey, but you're unlikely to beat this amazing Argos deal for a good while after it's gone.

1TB Xbox One X console + Fallout 76 £344.99 t Argos
Right now at Argos, you can grab the awesomely powerful Xbox One X 1TB for just £344.99 with Bethesda's first Fallout MMORPG - Fallout 76. The retailer is having a clearance sale and this is a record low price for this bundle at the retailer. You really will struggle to match - let alone  beat - this price right now.View Deal

The Xbox One X is the world's most powerful console, supporting 4K, HDR, Ultra HD, and Blu-ray. You'll need a decent set up to make it a worthwhile addition to your living room, but if you do, it'll be well worth the money. You can read more about how we rated the console in our Xbox One X review.

And with the next gen Xbox to be confirmed as backwards compatible, the X will serve as a nice way to bridge the gap between console cycles, while giving you peak console performance and being a wecome addition to your entertainment centre.