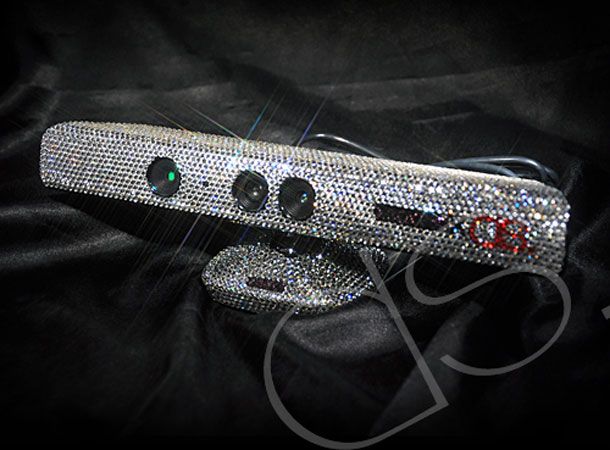 Microsoft's controller-free motion gaming peripheral Xbox Kinect is set to be one of the hottest gadget gifts this Christmas with a Swarovski crystal makeover giving the device a festively blinged makeover.

Acting as your very own glitter ball when playing along to Kinect based, booty-shaking title Dance Central, the Swarovski covered Kinect will set wannabe owners back a smidge under $632 (£406), almost £300 more than the standard model, as well as a good chunk of their taste.

As the key festive shopping period nears its end for another year, it emerged earlier this week that Microsoft's Kinect bundles are outselling fierce motion controlling rivals, Sony's PlayStation Move, by a massive five to one as gamers opt for controller-less features ahead of pin-point accurate tracking.

Which motion gaming device would you rather find in your Christmas stocking next weekend, Kinect or Move? Let us know via the T3 Twitter and Facebook feeds.