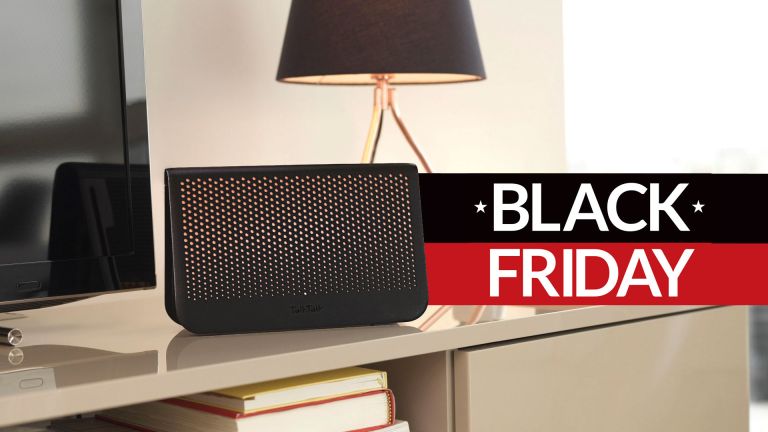 T3 is constantly keeping an eye on the best broadband deals, as we want people to jettison their slow, costly and capped broadband and get a service that is fit for purpose in 2020 and beyond. As the best Black Friday deals emerge from the woodwork, there's never been a better time to switch your broadband service.

Which is why when we saw a cracking bundle for 38Mb WiFi, TalkTalk TV with over 80 FreeView channels and a FREE Amazon Prime subscription for a whole year, all for just £25.95 per month with TalkTalk, we simply had to write about it.

38Mb is plenty for anything you want to do on a home network, such as stream the latest and greatest 4K, HDR movies, or engage in epic online multiplayer gaming sessions. Of course, Amazon Video is already stuffed with the best movies and TV shows such as The Boys, The Marvelous Mrs Maisel, Tom Clancy's Jack Ryan and Carnival Row, so you won't have a problem finding content to stream. And the fact that your WiFi is unlimited, too, means that you will never be in danger of getting hit with extra charges.

And, thanks to TalkTalk's new Wi-Fi hub, making the most of that uncapped download speed over multiple devices at once is now easier than ever before, no matter where you are in your home, with superb range delivered from the stylish and compact router.

Faster Fibre with TalkTalk TV and One Year's Amazon Prime  | £25.95 per month from TalkTalk
This is a very tidy package from TalkTalk on fast fibre broadband. It not only delivers TalkTalk's award winning Wi-Fi hub, but also unlimited usage of 38Mb average download speeds for just £25.95 per month. TalkTalk TV's box allows you to pause, rewind and record live TV, while Amazon Prime (which usually costs an extra £7.99 per month) allows you access to Amazon Video, Amazon Music and free one day delivery.View Deal

Like the value of the TalkTalk broadband deal but would be content with less speed? Then be sure to check out our awesome broadband deal comparison tool below, which updates every single day with the very latest and cheapest prices.

We've also got the very best mesh networks on lock, as too the best Wi-Fi extenders.