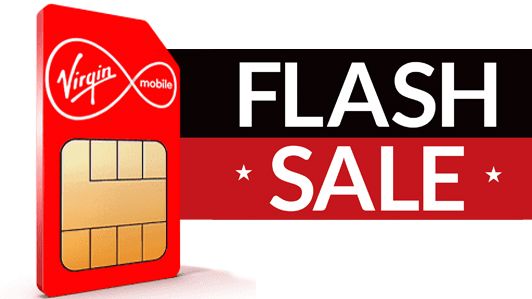 If you already own a smartphone that you're perfectly happy with, then there's no point signing up to another two-year contract for a new handset. But you might be able to slash the price of your monthly bills by moving to a SIM-only deal like this unbelievable new offer from Virgin Mobile.

The mobile carrier has dropped the cost of its 10GB SIM-only plan from £16 a month down to £10. The SIM-only deal, which is part of a 12-month contract, also boasts a very generous 5,000 minutes and unlimited text messages to boot.

Of course, not everyone will be able to make it through the month with 10GB of mobile data. If you're constantly bingeing on box sets, watching YouTube clips, streaming albums on Spotify or Apple Music, then we'd point you towards the unlimited data SIM-only offer available from Three UK right now.

It's worth noting that 10GB should be plenty for most people. Given how often our devices connect to a Wi-Fi network – at home, in restaurants, cafés, even on the London Underground – you likely won't be using it all that much. To put 10GB in perspective, that's enough to download between 2,000 - 2,500 high-resolution songs.

Needless to say that's a lot of albums.

Vodafone SIM-Only Deal | 10GB of 4G data | Unlimited text messages | 5,000 minutes | £10 a month
This is a barnstorming deal. Vodafone is offering a brilliant 10GB of mobile data as well as 5,000 minutes texts and unlimited texts for the low price of £10 a month. If you've already got a smartphone you're perfectly happy with and you're just looking to reduce your monthly bills – this is the SIM-only bargain to jump to!View Deal

As you'd expect, those who sign-up for this discounted SIM-only deal will benefit from all the usual perks of a Virgin Mobile contract, including unlimited access to Virgin Media's network of 3.5 million public Wi-Fi hotspots around the UK. This includes access to the London Underground network.

If you're still not sold on the idea of signing-up to Virgin Mobile, then why not check the other options available in T3's interactive comparison chart below?