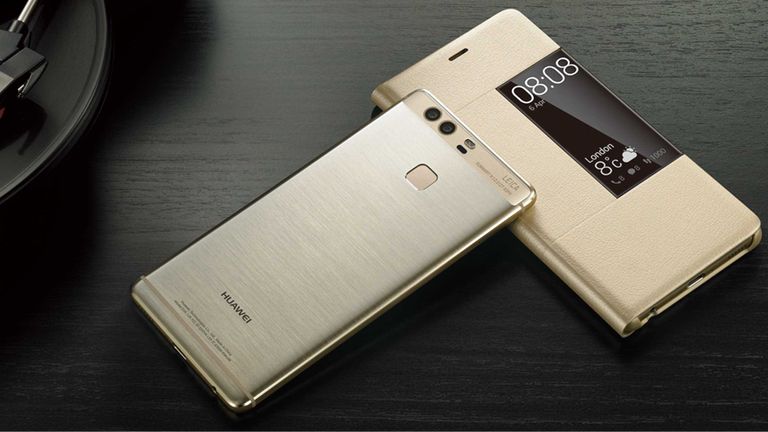 The Huawei P9 and the P9 Plus are two new flagships looking to follow on on the success of the P8.

The key feature of these new smartphones is the dual camera set up with Leica certified lenses.

Unlike previous dual camera set ups, Huawei promised this to improve image quality, rather than used as a gimmick.

So it should, in theory, take great images, but we'll have to test that at a later date to quantify whether it really does make a difference.

The standard P9 is a 5.2-inch screen and 6.95mm thin. It's a familiar aluminium unibody, which has a Kirin 995 octa-core processor and 3GB of RAM under the hood.

There's 32GB storage onboard, with the option to expand via MicroSD.

The screen is Full HD IPS, which Huawei boasts has a close to Hollywood standard colour gamut.

Battery life is rated at 3000mAh, which should be good for around 1.5 days.

Next onto the P9 Plus, which is a 5.5-incher for phablet fans.

The Plus has a 5.5-inch Super AMOLED screen with Full HD resolution.

Both have a USB-C connector.

There's another version - the Huawei P9 Plus in Quartz Grey that is exclusive to Vodafone for £549 (4GB + 74GB) and will be available on tariffs from £9 per month. Three, O2 and EE will also be ranging the handset.