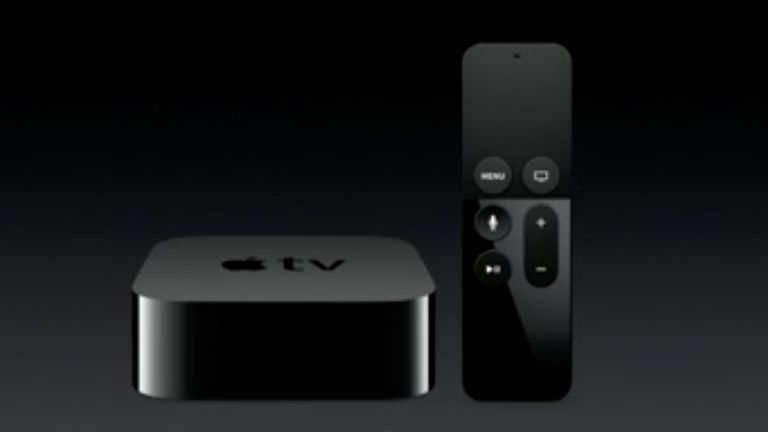 After a false dawn at this year's WWDC event, Apple has finally taken the wrappers of its new Apple TV streaming device.

The sleek new box is running the Apple's first tvOS operating system, a hybrid of its iOS 9 with a few El Capitan features too, designed to get you to the content you want to see quicker and easier than any other media streamer around.

Key to that is the new Universal Search function.

Working like Roku's search feature, you can chat away to your new Siri-enabled Apple TV and she'll pop off and find you whatever TV show or movie you want, from wherever she can find it. Or even if you're just after something by your favourite director or with your favourite actor in it.

Whether that's in one of your streaming accounts, like Netflix or Showtime in the US, or via the iTunes store, she'll be able to dig it out for you.

You can also use Siri to control the video playback, skipping backwards and forwards or bringing up captions if you missed something that was said on screen.

And while you're watching Siri can be used to bring up information from other applications, like weather data or sports results, shown at the base of your screen during viewing. She'll also help you switch out to different fullscreen applications.

The Bluetooth 4.0 Apple TV remote is a big help here too, with its glass touch surface offering the same connected experience as your iPad you can swipe and tap as you would on a normal iOS device.

It also comes with new screen savers with shiny new HD videos to stop your TV getting bored when you leave it to its own devices.

You also get the new Apple TV App Store, providing you with new ways to interact with your TV, including Apple Music, shopping apps and games not before seen outside the console, like Disney Infinity.

There are also some seriously Wii-esque games coming out, like Beats Sports, utilising the motion sensors in the new Apple TV remote.

Inside the sleek new exterior is a 64-bit Apple A8 processor with either 32GB or 64GB of storage. As a media streaming device you'll not really need that much space, but with Apple putting a large focus on the gaming potential of the new Apple TV you're going to need that capacity.

The new Apple TV goes on sale and costs $149 for the 32GB device or $199 for the 64GB version. At launch in October it will be available in eighty countries, with that going up to 100 by the end of the year.