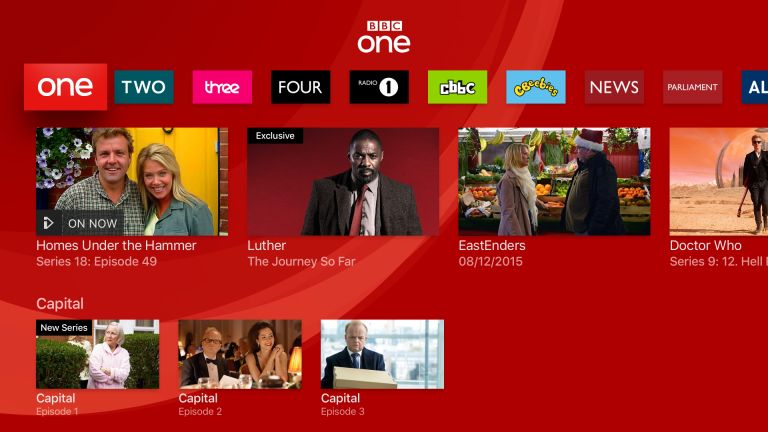 It's been a bit of a long while coming, but the BBC has just taken the wraps off a new version of iPlayer designed specifically for the latest Apple TV.

Previously owners of the new Apple TV had to stream BBC content from their iPhones or iPads with AirPlay, but with the launch of a native application designed specifically for Apple's tvOS software you can now access all the on demand goodies from the iPlayer as well as watch live streams of the BBC channels.

“With the launch of iPlayer on new Apple TV, I'm delighted we've been able to give people another way of accessing the full breadth and range of BBC programmes,” said Dan Taylor-Watt, Head of iPlayer. “And, the updates to our mobile and tablet apps mean we can now deliver more personalised recommendations of BBC programmes to viewers, as well as the ability to stream BBC Store purchases directly from the iPlayer app.”

With pretty much every connected device that anyone's going to get for Christmas coming with a native iPlayer app installed, from Chromecast to Roku to connected TV, the BBC needed to make sure it was going to get on the Apple fanboys' favourite TV streaming device.

And there's exciting Christmas content from the Beeb coming over the holidays that it wants to make sure no one misses out on, such as The Voice UK: Meet the Coaches (for the last season before the talent contest defects to ITV) and an EastEnders : Back to Ours with Danny 'Malcolm' Dyer.