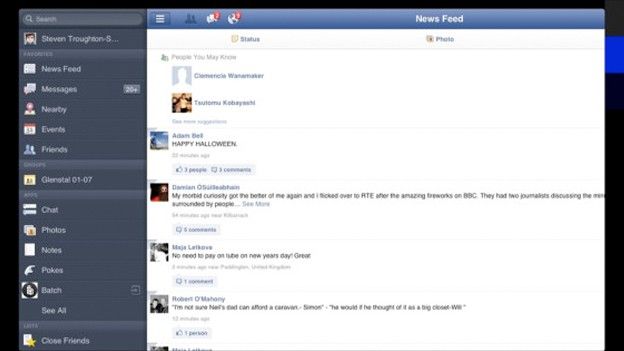 Jailbreakers have got iOS apps running on Apple TV, while Sony has slashed the price of its Tablet S. Also, LG confirms the world's largest OLED TV for CES

iOS works on Apple TV following hack
Jailbreakers have managed to hack into Apple TV to make full-screen iOS applications run through the set-top box. The MobileX window manager hack allows iPhone and iPad apps to work through the device at full 720p resolution by replacing the 'springboard.' The hack, which has not yet been made public, still requires the Season0nPass jailbreak.
Link: AppleInsider, @Stroughtonsmith

Sony slashes price of Tablet S in the US
The trend has definitely been set for 2012. The price of tablets is coming down and the latest company to slice a few bucks off its iPad-rival is Sony. In the US, the company has knocked $100 off the Android Honeycomb-running Sony Tablet S device. The 16GB tablet is now down to $400 and the 32GB edition is $500. We have no word yet on whether this price cut will apply in the UK. There's also a host of cool content freebies like music streaming, movie downloads and PlayStation classic games.
Link: CNET

LG's 55-inch OLED telly confirmed for CES
LG Electronics has announced the arrival of the world's largest OLED television, which will go on display at CES next week. The device is just 4mm thin and will go on sale in the fourth quarter of 2012. LG says it will have the most natural colours of any TV set, thanks to its WOLED technology and will arrive at a significantly lower price point than other OLED tellies. We can't imagine it'll be cheap though.
Link: The Verge

60beat iPad gamepad arrives
As the world continues to wait for the arrival of the OnLive cloud gaming app for iPad, little-known accessory manufacturer 60beat has launched an awesome-looking gamepad to add a little console flavour to existing titles on the device. The 60beat GamePad plugs into the iPad's (or iPhone's) headphone socket and works by sending signals through the microphone. It'll cost $50 (around £30).
Link: TechCrunch

Casio's smartphone buddy G-Shock watch
The Casio G-Shock GB-6900 watch will finally arrive in Japan in March this year following a series of delays. The watch has Bluetooth connectivity meaning it's able to alert you to incoming calls, notifications and can control basic functionality on your smartphone. Let's hope it takes a trip west in the coming months also.
Link: Engadget