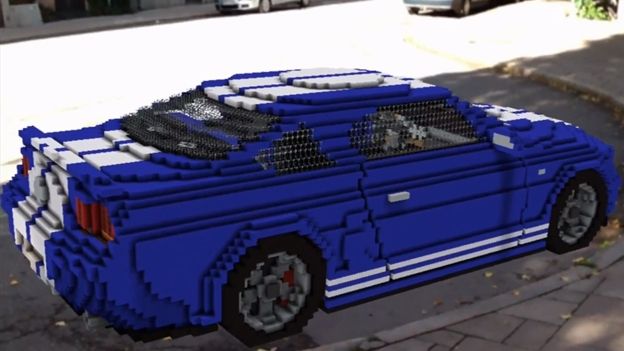 Mojang, creators of Minecraft, have teamed up with mobile computer vision company 13th Lab to develop an app that allows you to place your blocky creations into reality

Minecraft Reality is a new app for iOS 6 and Apple devices which lets you place your Minecraft creations into the real-world whether it's a car or a giant building.

After scanning your surroundings, the app can put anyone's uploaded handiwork into an Augmented Reality for viewing from all angles. The only possibility of doing such a thing thus far would be spending a ludicrous amount of money on Lego.

AR technology has been getting its claws into the app world recently with Google's Ingress for Android released earlier this month plus the news that Microsoft's patent for AR headset technology is set to rival Google's Project Glass.

With Minecraft Reality not only can you upload your own images, you can save, share and check out others in locations nearby. This app is available now on iPhone 5 and iPad for £1.49. Note: not supported on iPhone 4.