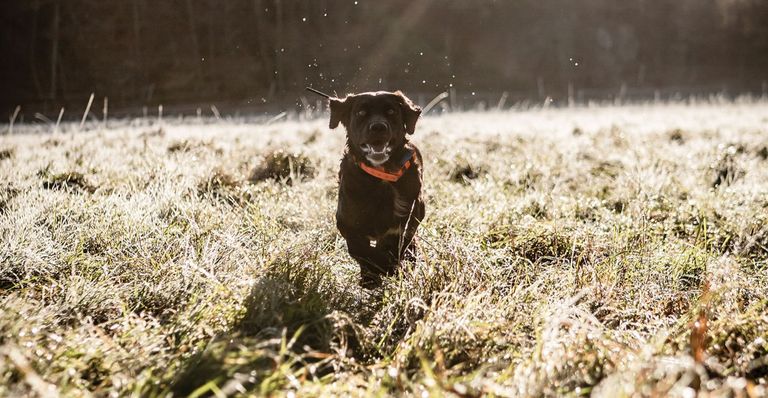 Garmin is the king of GPS for runners, but you'll be pleased to know that it also does dog trackers, with last year's Astro and Alpha GPS receivers and T5 smart collars.

Now it's back with the new and improved Atemos 50 and Atemos 100, which work in conjunction with the K5 (no, not K9) GPS smart collar.

Now, strictly speaking, these are for 'professional' dog users (ie: in hunting, law enforcement and, er, other things that involve lots of dogs). But if you want peace of mind as to the whereabouts of your pooch, these could be the ultimate weapons.

Both systems enable you to track your best friend up to 10 kilometres, and can pinpoint up to 20 dogs at once. The Atemos 50 displays your dogs' location on screen, but is navigated by buttons - that's retro, but also pretty practical if you're wearing gloves - while the Atemos 100 (pictured below) uses a new-fangled touchscreen instead.

The large, seven inch pinch-to-zoom touchscreen display makes it easy to locate the dogs on the run. Data from the Atemos can also be viewed on any Garmin fēnix 3, fēnix 5 and tactix Bravo GPS watch2, and also be sent to the new Garmin DriveTrack 70 LMT satnav, which is perfect if you're looking to track your hounds from the Range Rover.

The Atemos 50 and Atemos 100 are sold separately or in a bundle with the aforementioned K5 dog collar (or 'Dog Device' as Garmin bizarrely calls it).

The K5 sends up GPS and GLONASS location data, and also has LED lights on it, visible from up to 90m away. Garmin helpfully adds that, "The lights work best in low light conditions or at night." Cheers.

However, the Atemos range is not compatible with Garmin Astro, Alpha, T5 or TT 15 devices so if you were hoping to combine the old and new systems, tough cheddar.