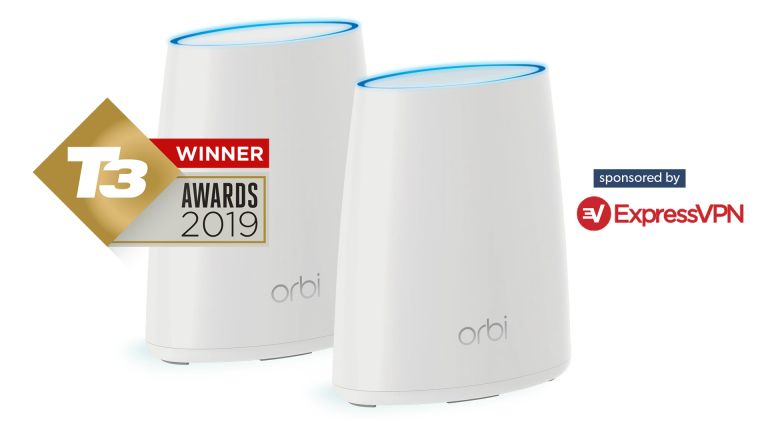 T3's much sought after Best Home Networking Tech Award celebrates the technology and gadgets that make getting high-speed, stable, dead spot-free internet connections in your home easy and affordable.

And, this year for the T3 Awards 2019, the product that has impressed our judges most is the stylish, powerful and affordable networking solution that is Netgear Orbi, which also now offers the innovative Netgear Orbi Voice system, too, which adds smart speaker functionality on top of the excellent base networking package.

When reviewing Netgear Orbi we said that by "using a pair of Orbi nodes to cover the areas of the house where a normal router starts trailing off, the Netgear Orbi gear performed admirably, with very little loss of speed when connected to the secondary box", before also praising just how remarkably simple it was to set up and use.

While when it came round to summing up the new Netgear Orbi Voice, which combines a mesh networking router with smart speaker and standalone speaker as well, we were so impressed we asked "why buy three devices when you can get everything together in one?", before concluding that it was "something that you'll get years of reliable use out of".

For these reasons and many more, Netgear Orbi truly is a worthy winner of the T3 Awards 2019 Best Home Networking Tech Award.

Check out more of this year's award winners on our main T3 Awards 2019 page.