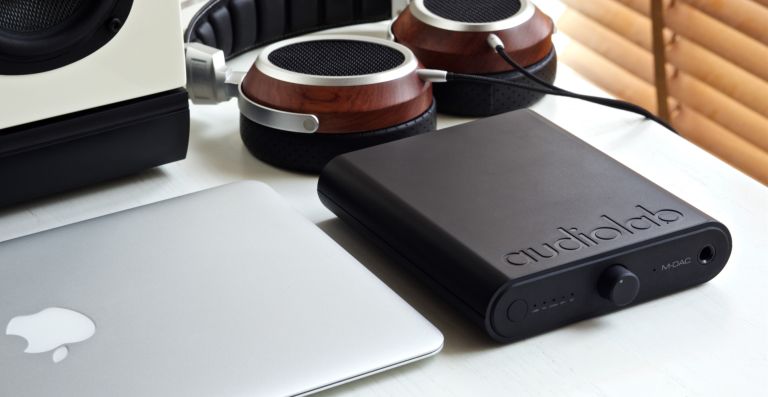 In today's Tuesday edition of the T3 Agenda, we give our headphone-directed audio and a much-needed boost with the power new M-DAC amp from Audiolab, go all prog rock with Sennheiser's new Pink Floyd headset and more...

The new M-DAC is Audiolab's smallest, most affordable high-resolution DAC/headphone amp yet

Audiolab has confirmed the fourth iteration of its powerful M-DAC headphone amp is ready to launch, six years after the very first version hit the market in 2011. The M-DAC Mini is the smallest hi-res DAC/headphone amp in the range and at less than £300, it's also the most affordable.

With wired and wireless connectivity options to boost sound quality from all manner of digital devices - from phones and computers to TVs and games consoles - the M-DAC Mini brings all the features from its forbears without losing any power or functionality.

The first of the series to do away with mains supply wiring altogether, the M-DAC Mini comes with optical and coaxial digital inputs and outputs, Type-A and Mini-B USB inputs and much more. So whether you're just looking to save space at home or take it on the road, the M-DAC Mini is a real game changer (and an affordable one, too).

The Audiolab M-DAC Mini is available from June with a price tag of £299.95.

Audio specialist Sennheiser will be releasing a special edition of its acclaimed Momentum headphones – the HD 1 Wireless edition celebrating The Pink Floyd Exhibition: 'Their Mortal Remains'. The headphones will be launched to commemorate the first retrospective of the legendary rock band by London’s Victoria and Albert Museum.

In tribute to the groundbreaking 1973 classic LP “The Dark Side of the Moon”, the leather covering the stainless steel headband features rainbow colored stitching that mirrors the visual spectrum on the album’s iconic cover.

The ear cups also have a new pearlescent rainbow sheen and are engraved with the Pink Floyd “prism” symbol, whilst a special “Their Mortal Remains” exhibition name plate finishes off the ultra-exclusive design.

The Pink Floyd Exhibition: Their Mortal Remains opens on 13 May 2017 for 20 weeks. Tickets are on sale now. The HD 1 Wireless edition celebrating Pink Floyd’s 'Their Mortal Remains' exhibition can be pre-ordered from sennheiser.com and will be available end of June 2017.

Think Warner Bros and TT Games have run the 'turning things into Lego thing' into the ground? Think again, because the two are teaming up with Marvel once again for Marvel Super Heroes 2.

Due to arrive on PS4, Xbox One and PC this November, the brick-based puzzle platformer will once gain for the semi-open world setup, with multiple areas and eras accessible by a central hub world called the Chronopolis.

TT Games is promising the biggest Marvel lineup to date, with Spider-Gwen, Baby Groot and Spider-Man 2099 leading the charge. The first entry was one of the first to really broaden the scope of the series so we've high hopes for some more virtual Danish brick action come 14 November.