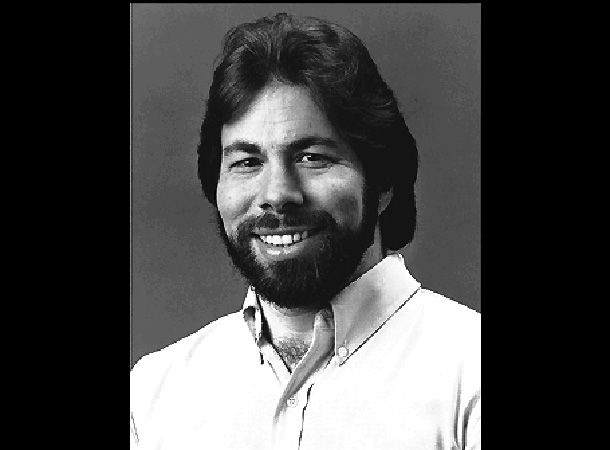 Apple co-founder Steve Wozniak has announced he would consider a return to the fruity tech company if asked despite wishing Apple products were more open.

Having founded Apple back in 1976 with the now talismanic front man Steve Jobs and Ronal Wayne, Wozniak, who is accredited with building the Apple I and Apple II computers, devices that revolutionised personal computing, stopping daily work for the tech giant in 1987 but remains on the company payroll.

Asked if he would adopt a more hands-on, active roll within the company if presented with the opportunity, Wozniak, speaking at a server conference in Brighton, said: “I'd consider it, yeah.”
Speaking on his opinion of Apple products since leaving the firm Woz said: "Unbelievable. The products, one after another, quality and hits." Believing he could still bring something to Apple he added: "There's just an awful lot I know about Apple products and competing products that has some relevance, some meaning.”

Although seemingly keen to make a return to Apple at some point in the future, co-founder Wozniak has criticised the closed-system Apple adopts, forcing users of its products to buy further content direct from Apple owned digital stores. He said: "My thinking is that Apple could be more open and not lose sales," diplomatically adding: "I'm sure they're making the right decisions for the right reasons for Apple."

Apple CEO and fellow co-founder Steve Jobs is currently undertaking a third medical leave of absence from the company since being diagnosed with pancreatic cancer in 2004.

Which Apple co-founder would be provide the most to the company if they returned, Jobs or Wozniak? Let us know what you think via the T3 Twitter and Facebook feeds.