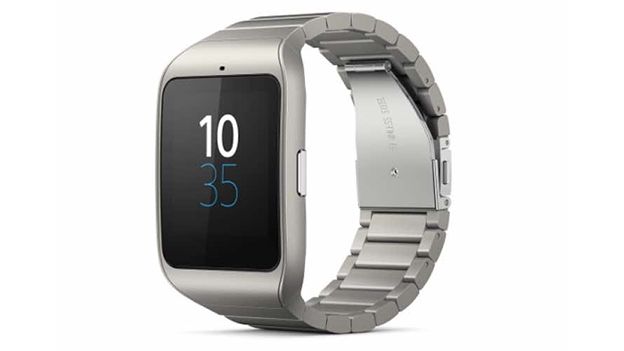 Sony has unveiled to special editions of its existing wearable gadgets at CES.

The new version of the SmartWatch 3 was shown off at CES on Monday. The latest model is made of stainless steel, meaning it has a more premium look and feel than the existing SmartWatch 3.

The new look is likely to help Sony compete against the upcoming Apple Watch, which will sport a similar metallic finish.

However, it isn't just the looks of the SmartWatch 3 that have changed. It also comes with a 1.6 inch-inch TFT LCD display that has a resolution of 320 X 320 and 'Transformative' technology. The latter, according to Sony, will help reduce glare from sunlight.

Sony is also bundling in a new holder to keep your smart watch safe when it is not on your wrist.

The other special edition announced at CES is a new version of the SmartBand SWR10.

Designed for women by fashion by brand ROXY, it comes in blue and has a unique curvy shape. Sony hopes that the unique shape will help it to stand out against some of the standard smart bands on the market.

Neither device has had a launch date announced for the UK. The ROXY SmartBand SWR10 is due to land on US retailer shelves at the end of this month. Sony has also announced that the SmartWatch 3 will follow in the coming months.

Sony did not announce the price of either device.