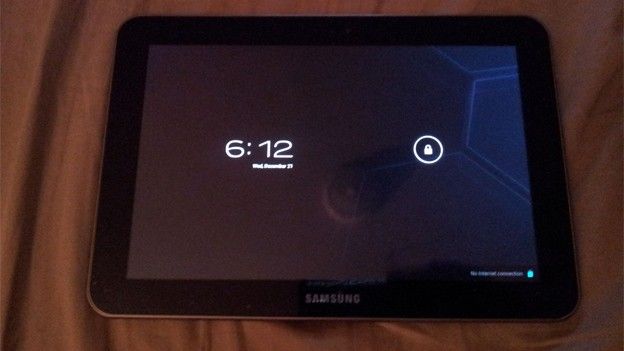 Android Ice Cream Sandwich may well be just around the corner in terms of non-Google products, but that hasn't stopped those devs getting stuck in

As well as releasing an image showing the tablet running ICS a short video has been posted on YouTube which shows the tablet booting up and then demonstrates the lock screen and rotation.

They haven't as yet managed to activate any of the other features for the tablet but that will no doubt come with time. The Galaxy Tab 8.9 is not the first product to have Ice Cream Sandwich with the Sony Ericsson Xperia Arc and the Samsung Galaxy S2 both getting a taste of Android 4.0.

With officaly updates expected to start arriving in the first half of 2012 there isn't long left to wait before users can start enjoying the latest Google OS on their current Android smartphones.

Looking forward to Ice Cream Sandwich making its way to an Android smartphone near you? Let us know via the comments box below...