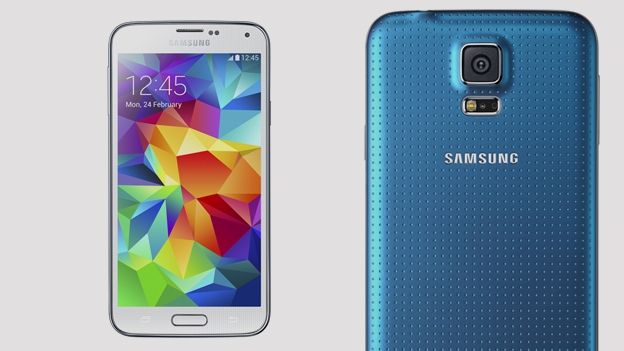 Samsung's Galaxy S5 is more prone to breaking than Apple's iPhone 5S, despite being made of plastic and being waterproof.

Smartphone insurance firm SquareTrade tested the Samsung Galaxy S5 using its Phone Terminator test. According to the company, the S5 scored 6 points during the test.

However, despite Samsung pushing the ruggedness of the handset, it still failed to beat Apple's iPhone 5S. That is despite Apple's rival handset being made out of glass and soft aluminium.

The Samsung Galaxy S5 launched earlier this month, after being unveiled at Mobile World Congress in February.

SquareTrade's Phone Terminator test was designed by a University of California Berkeley PHD in mechanical engineering to test the durability of mobile phone handsets.

It simulates the everyday hazards that our phones face in our hectic lifestyles.

Devices are dropped onto pavement, submerged in water and pushed across a smooth surface to test the breakability of the front and back panels, the friction generated, water resistance and durability. The higher a device scores, the higher its ”breakability”.

“Consumers in the UK are becoming increasingly reliant on their smartphones and mobile devices,” said Kevin Gillan, managing director of Square Trade Europe.

"Our breakability test results allow consumers to make the most informed decision ahead of their purchases to minimise those risks.

“Knowing that your mobile device can stand up to the daily rigours of life is crucial when making a relatively expensive purchase and just in case it doesn't, having a protection plan in place can give you peace of mind when things go wrong.”