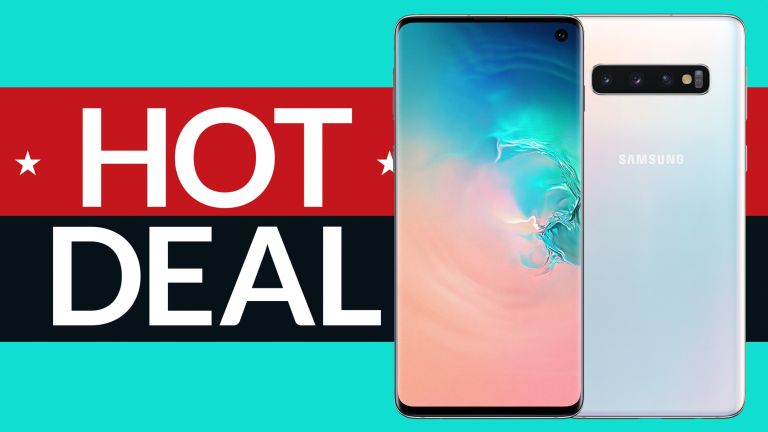 Three has unleashed an awesome new Samsung Galaxy S10 deal. If you've been biding your time to ensure you get a brilliant deal on the latest flagship smartphone from Samsung – your wait has just paid off!

The latest offer from Three includes a Samsung Galaxy S10 with 128GB of built-in, expandable storage complete with unlimited texts, unlimited calls, and 100GB of 4G mobile data each month, which – unless you're trying to stream every box set available on Netflix using your phone – will seem pretty much unlimited anyway.

The latest deal comes in at £34 a month, with a one-off £29 upfront fee. Considering most rival mobile plans with this amount of mobile data cost between £50 to £60 a month, this is a staggeringly good deal.

Over the course of the two-year contract, this deal will cost you £845. Given that Samsung charges £799 for the Galaxy S10 SIM-free before you need to start thinking about text messages, minutes and 100GB of mobile data – it should give a sense of how gobsmacking this deal really is.

Samsung Galaxy S10 on Three | Unlimited texts, unlimited calls | 100GB of 4G mobile data | £29 upfront fee | £34 a month
If you've been waiting to get the latest flagship smartphone from Samsung, this is the best deal we've seen. Three is throwing in a extraordinarily generous 100GB mobile data allowance each month, as well as unlimited text messages and unlimited calls. There's a £29 one-off upfront cost, which is very reasonable for a flagship handset that isn't even six months old yet.
View Deal

As always, you'll be able to take advantage of a number of features available with Three, including the ability to use Snapchat, Apple Music, Netflix, SoundCloud, Deezer, and more, without eating into your monthly data allowance. It's a little unnecessary when you've got 100GB of power through each month, but should reassure anyone worried they might be able to top-out that monthly allowance.

You'll also be able to take your shiny new Galaxy S10 abroad without paying a penny in 70 countries around the world, including countries that are usually financially ruinous to use 4G data roaming, such as the United States, Australia, Brazil, and Hong Kong, as well as the usual cheap EU suspects, including Spain and France.

Unfortunately, Three hasn't revealed when this Samsung Galaxy S10 deal expires, but we can't imagine a bargain this good will stick around for long. So, if you're tempted – make sure you don't miss out and add to your basket as soon as possible.

If you're not a fan of Three, why not check out some of the other deals that are available on the Samsung Galaxy S10 right now: