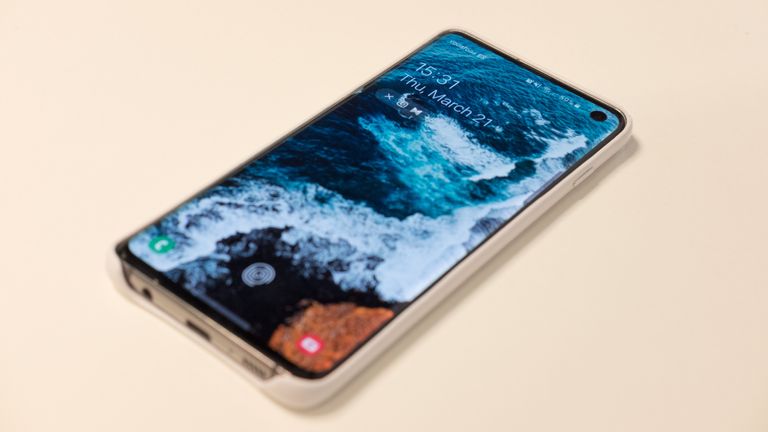 The next entry in the hugely-popular Galaxy Note series will have a whopping 4,500mAh battery, according to the latest whispers. That's a dramatic increase from the 4,000mAh cell inside its predecessor, Galaxy Note 9.

If the latest information is accurate, the Galaxy Note 10 will have the same capacity as the forthcoming Samsung Galaxy S10 5G. It will also smash the records set by previous battery life royalty, including the Huawei P30 Pro and Huawei Mate 20 Pro, which both boast a 4,200mAh cell.

As we all know, size isn't everything. Software optimisation plays an important role in optimising the battery life available on a smartphone. However, with software tweaks included in Android 9.0 Pie now baked into Samsung's new One UI, we could see some seriously impressive numbers compared to previous Galaxy handsets.

The latest leak information comes courtesy of prolific tipster Ice Universe, better known via the Twitter handle @UniverseIce, who claims that Samsung has now settled on the final battery cell capacity for its forthcoming Galaxy Note 10.

If the latest leak is to be believed and Samsung fits the same 4,500mAh battery in both the 4G and the 5G variant of the Galaxy Note 10, we'd expect the former to get much, much better battery life.

The battery cell was purportedly certified for use by the Korea Institute of Industrial Technology over the weekend. Documentation filed by the institute appears to confirm that the component will use the model number EB-BN975ABU. That component number matches the alleged model number of the 4G variant of the Galaxy Note 10, which is believed to be SM-N975.

Samsung is believed to be working on four separate models of the Galaxy Note series – two with 4G connectivity, and two with support for 5G. Aside from the mobile connectivity, the main difference between the handsets will be a choice in screen size: 6.28-inches and 6.75-inches available with both 4G and 5G support.

The two handsets with the 6.75-inch AMOLED displays will purportedly be branded as Samsung Galaxy Note 10 Pro. The Galaxy Note has always been more productivity-focused than Samsung's flagship Galaxy S series.

Elsewhere, we've heard whispers the new design of the Galaxy Note will ditch the physical buttons from the smartphones entirely. Instead of pressing a button to switch the handset on and off, adjust the volume, or summon a voice assistant – the Galaxy Note 10 is widely-tipped to adopt a fully gesture-based interface.

Sources suggest the device could have some capacitive buttons, like those seen on recent flagships from HTC and older OnePlus-branded handsets, as an option to control these functions. However, this isn't mentioned in the Ice Universe leak.

As always, it's worth taking all of this with the prescribed amount of salt. Nothing is confirmed until Samsung mobile chief DJ Koh stands up on-stage and announced the next iteration of the Galaxy Note series. Provided the company sticks with its typical launch window, we'd expect to see that announcement take place in early August.