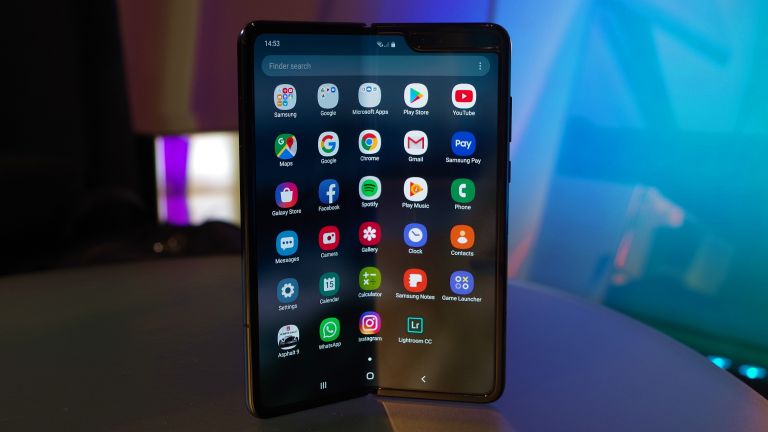 While Samsung has confirmed the Galaxy Fold will hit the shelves in September, it's kept the exact release date close to its chest. But that's not to mean we don't have a good idea of when the troubled foldable handset will launch — Korean media has reason to believe sales will commence between September 18 and September 20.

Here's the catch: That time frame is just for Samsung's home market of South Korea. There's still no word on when the Galaxy Fold will launch elsewhere. Although, seeing as Samsung has been churning out fresh firmware for the United Kingdom and the United States, it's safe to assume it will touch down in both soon thereafter.

However, we can't help but think it should pace itself this time around. There's no denying the fact it rushed to have the Galaxy Fold ready in time for its former May release date, consequently omitting a crucial round of testing that would have yielded results suggesting that the screen wasn't suitable for use in the real world.

Had it carried out the tests, it would have found — as several journalists did — that the various small openings surrounding the hinge allowed foreign matter to seep inside the device, subsequently obliterate the screen from the inside; turning the once state-of-the-art handset into an expensive paperweight in a matter of seconds.

That, together with its failure to adequately signpost a vital component, which many people with early access to the Galaxy Fold removed thinking it was nothing more than a screen protector, thus rendering the device useless, ultimately led to the firm postponing the May 3, 2019 release date so it could fix the worrying issues.

Now it's rectified them, it would make sense for Samsung to pace itself, just in case any new glitches arise. Casting the million units it's said to have produced, of which 100,000 will launch in South Korea, into the wild at the same time could have catastrophic consequences for the brand should it have to recall them.

But it doesn't look like that's going to be the case.

Samsung wanted to be the first manufacturer to launch a consumer-grade foldable smartphone and its decision to postpone the launch gave the Huawei Mate X an advantage. Now it's back in the running, it isn't going to want to risk losing its bragging rights because its handset isn't available on a global scale.