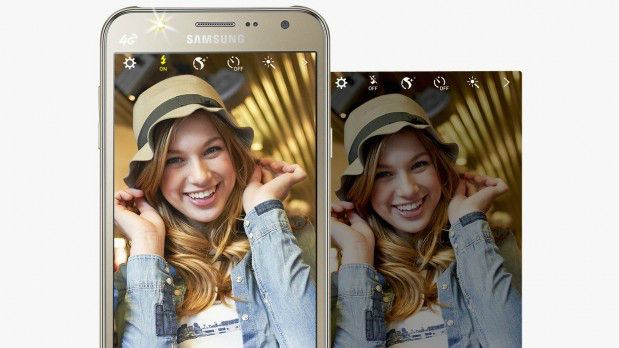 Samsung has officially taken the wraps off the Galaxy J5 and Galaxy J7 – two smartphones that we've been hearing about for a while now. The selfie-snapping duo are set to be released in China this week, but don't bank on them heading elsewhere.

Samsung has announced the Galaxy J5 and Galaxy J7, two mid-range handsets that have been on the edge of tech tipsters' tongue's for quite some time. Let's delve right in, shall we?

Starting with similarities, which there's quite a few of. Both phones have a defining feature – a 5-megapixel wide-angle front-facing camera with an LED flash. It's the first time Samsung has offered the feature, presumably aimed at selfie lovers who feel that their snaps could do with more illumination.

Both the J5 and J7 also share 13-megapixel main cameras – can't forget about the front, ay - with a Galaxy S6-esque f/1.9 aperture lens. They also share LTE, dual SIM slots, and 1.5GB of RAM. Android 5.1 Lollipop also comes booted on both, too.

Samsung is releasing the Galaxy J5 and Galaxy J7 in China this week for 1,398 CNY (£142) and 1,798 CNY (£183) respectively. It's likely that these handsets are exclusive to China, so don't bank on finding one at Carphone Warehouse.