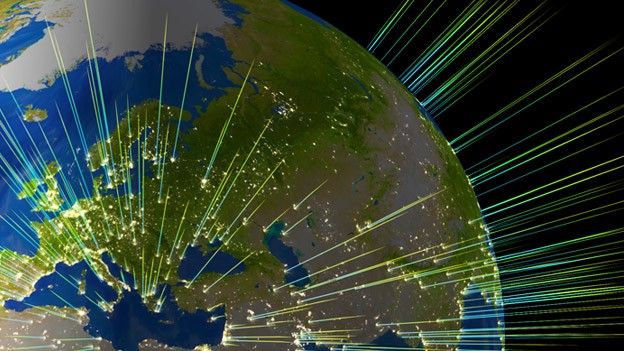 T3 reader Jay Britton gives a personal view of the state of broadband in Britain. Do you have a strong view on anything in the world of tech?

7 miles. 7 miles is all that separates me from the next generation of broadband from BT, BT Infinity. A quick test on a lucky, lucky friend of mine's brand new line indicated that it was almost 20 times faster than my standard ADSL, 20.5Mbps vs. 1.5Mbps download and 20.5Mbps vs. 0.3Mbps upload.

7 miles, it doesn't sound very far does it? Especially when you consider that over 40 years ago we sent a few men to the moon but question BT on it and you'll find that 7 miles is very far indeed. I live in rural England but definitely what you would classify as the proverbial end of nowhere, I have two major towns within 10 miles in each direction.

Between these two towns there are a number of smaller towns and villages and within a 10 miles radius there are 26 exchanges. 7 of these are in the two largest towns and are Infinity enabled, of the remaining 19 exchanges how many do you think are Infinity enabled, five, two maybe? At the present moment it's a monumental 0, I can accept that I live out in the sticks so I'll have to wait a bit longer, fair enough, so let's look at how many are on the planned roll-out, 10? 5? 1? Again it comes in at a staggering 0! Of the 19 exchanges in the countryside where I live not a single exchange has a date for an upgrade or is even on the roll-out plan and this shows a worrying picture of the future of Britain's broadband.

The great broadband divide is already a hot topic in Government and across Europe with Britain languishing in 17th place for European broadband speed and not a single of Britain's cities appearing in the top 100 cities in the world. The Government has already pushed back its goal of having super fast broadband available in 80% of the UK from 2012 to 2015 and looking at BT's roll-out plans it's easy to see why.

Whilst I can understand the business economics that drive upgrades to city area's first, it creates a broadband poverty in other areas of the country that not only affects general consumers but small businesses (like myself) and to not have a single exchange on the upgrade path only serves to exacerbate the problem, why not have 1 or 2 exchanges on the list just so the gap doesn't turn into a canyon that you find you have to bridge later anyway?

As more and more services move online slower broadband speeds will genuinely start to exclude people. Take Satellite TV for example, satellites have a definitive amount of fuel and to put new satellites in the sky costs considerable amounts of money so where is TV going to go? Quite simply all future TV will be down your broadband, you can see it already with services like iPlayer, Sky Go and 4oD but over the coming years more and more services will go online.

The real impact of this, I am paying for services I can't use. I can't stream a movie from Sky Go, I can't watch the Apprentice from iPlayer, I can't stream an on-demand movie, all services a percentage of my monthly fee goes towards. Even at the simpler end I can't stream movies from the Flipboard app on my iPad, I can't watch that latest game trailer I was excited about, my kill/death ratio in Battlefiled 3 takes a beating and I can't watch the glorious videos from the T3 iPad app. On the business end, as a voice over artist I need to send large audio files to clients with an upload speed of 0.3Mbps you can see where it starts to become a problem!

This may sound like a typical moan from someone in the countryside but I accept where I live and I accept it has it's downsides but to exclude us from the roll-out completely is short-sighted at best and dangerous at worst.

T3's Boost Our Bandwidth campaign is designed to highlight and inform on the state of internet connection in the UK. You can find out more by

If you have a view on the state of broadband in the UK, or any other issue in the world of tech, we're always eager to hear your thoughts. And you might even get published. Get in touch with