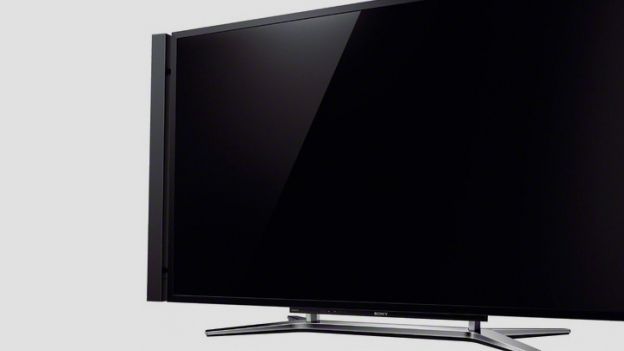 I'll admit, it was me that brought up the topic in the first place. She has an ancient 28-inch Sony Bravia 'flatscreen' (and I use the word flatscreen loosely) – a hand-me-down from her parents.

So we talked about TVs. We even went to a couple of shops to have a look at what was on offer.

The points she brought up reminded me of something I heard years ago when I wrote about business technology; where marketers say the market is and where buyers actually are is almost always two totally separate places.

My girlfriend is a perfect example of this and it is why – despite all the hype –2014 will not be the year of 4K.

She's in a good job that pays well. She's young and a new house owner. She's one of the key target markets for TV makers.

So why is she not going to buy any of the new, sexy 4K televisions that were launched at CES last week?

For her, the two most important things in her next TV are that it has enough HDMI ports and that – if possible – she doesn't have to waste money on a TV with 3D. She knows she isn't going to use it, so why should she have to pay for it.

This is the biggest challenge facing TV makers. They desperately want you to believe that everyone is lining up to buy 4K TVs and that you need to get on the bandwagon.

It's keeping up with the Joneses. It's a trick I've used when I worked in marketing myself – nothing makes people buy like worrying they're missing out on something everyone else 'needs'.

Only what the TV makers want us to think we 'need' and what we actually want are two totally different things.

A great example of this is 3D. How many times did we hear TV companies proclaim that 3D is here to stay – it isn't like last time and so on.

Well, what do you know – the customer didn't care.

4K does have one major advantage over 3D. It doesn't require you to look like a muppet while using it.

But even that assumes that people want 3D. The reality is it was a gimmick. It was last time they tried and it was this time.

However, it also has a one huge disadvantage. In order to get any real benefit over 'traditional' high definition sets, your TV needs to be around 50–60-inches.

There's very little point in buying a 4K TV if you're not buying a TV of that size or bigger. Indeed, it's almost impossible to find 4K TVs smaller than that in the UK at the moment.

I've had a hard enough time convincing my girlfriend to buy a 40-inch TV instead of a 32-inch set. There is no way I'm ever going to be able to convince her to buy a 50-inch+ TV. She just doesn't see a point.

And to be fair, she has a point. Her house is a typical 1970s semi-detached – pretty much your average sized home around the country. If I'm being honest, a 50-inch TV would look stupid, bordering on ridiculous.

The 42-inch TV at my parents dominates the living room in their late 50s bungalow. It's so big it actually hangs across the back door.

And that's the problem.

We are not America. There is a limit to the size of TVs that will fit in UK homes. And if we're being honest, 50-inches is at the top end of what will fit in the average UK house.

For 2014 to be the year of 4K, regular people like my girlfriend need to be convinced the next TV should be a 4K set.

But it's going to be a hard sell to convince them 4K is worth it in a TV that is going to fit in the average UK home.

Yes, 4K is beautiful. And yes, buying a 4K TV will future proof you for when Sky and Virgin inevitably begin broadcasting in 4K properly. But ask yourself… could you honestly fit a 4K television in your house.

Let us know below.