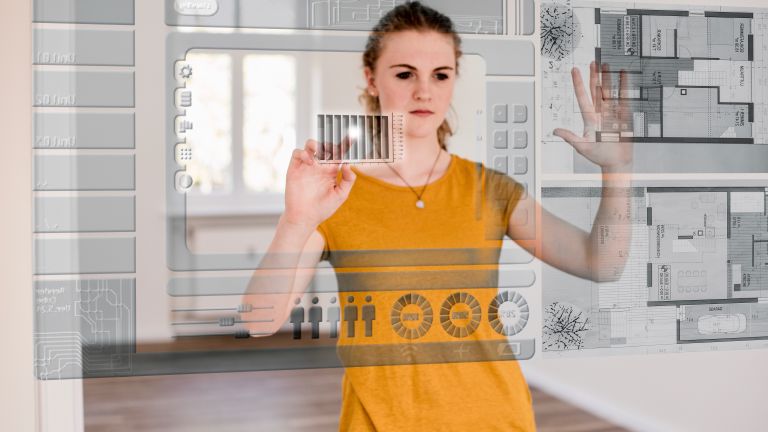 OnePlus might be best known for its nifty smartphones, which are marketed in approximately the same manner as Scientology. However, it also has a background in producing Blu-ray players, it says here, and now OnePlus Founder, CEO and Supreme Guru Pete Lau has announced its making a play for the biggest prize in AV: a place in the T3 list of best smart TVs.

This will be no ordinary TV, it will be one that offers a 'seamless experience' and features AI. And, for all we know, it may float in the air and have a touchscreen, like in Minority Report.

So far, OnePlus has taken one big step towards selling you a new and revolutionary TV: it's issued a press release saying it will put out a TV at some unspecified point in the hopefully not too distant future.

OnePlus says it's 'taking its first steps' towards producing a 'premium flagship product'; a smart TV with 'intelligent functionality', by setting up a new TVs division, headed up by Lau. The brand released this teaser image, to celebrate.

“I dream about a time when technology is truly seamless, an effortless part of your life without being the focus. As other consumer electronics have evolved and improved our lives, televisions have remained conventional and cumbersome,” honked Mr Lau. “We bring inherent advantages to the industry, and with this new division, we’re excited to explore the total connected user experience that can enhance everyday life.”

Apple, of course, was long rumoured to be producing an actual 'Apple TV', as opposed to Apple TV, which is like a crap Roku. Steve Jobs always felt that the brand could reinvent the television by applying its design and software nous.

OnePlus is in several ways a similar company to Apple, in terms of its focus on design and marketing, and its tacit and not-so-tacit encouragement of cultish devotion from its acolytes – sorry, customers.

There are no specifics yet about what OnePlus will produce, but we'd assume an LED LCD screen with lashings of smart features that serves as a control hub for your connected home gadgetry and allows easy display of content from your (OnePlus) smartphone.

"Something that seems as simple as displaying the photos from your mobile phone to a television is still difficult to achieve," says Pete Lau.

Well, actually it's not terribly difficult, but okay, do go on…

"With the development of AI technology, our imagination is endless – and we are looking forward to the future.”

OnePlus says it will apply the 'user-centric values and design philosophy' from its smartphones to its nascent TV division. Perhaps the most interesting nugget of info is that as with its phones, OnePlus promises to be 'constantly listening, welcoming feedback and suggestions for what should be included in its new Smart TV.' So our advice is: get your ultimate TV-features wish-list on an email and send it to Pete Lau today!

We're intrigued to see what the brand comes up with although, given the cut-throat competition in the telly market, we doubt the earliest models will be widely available outside of OnePlus' native China.