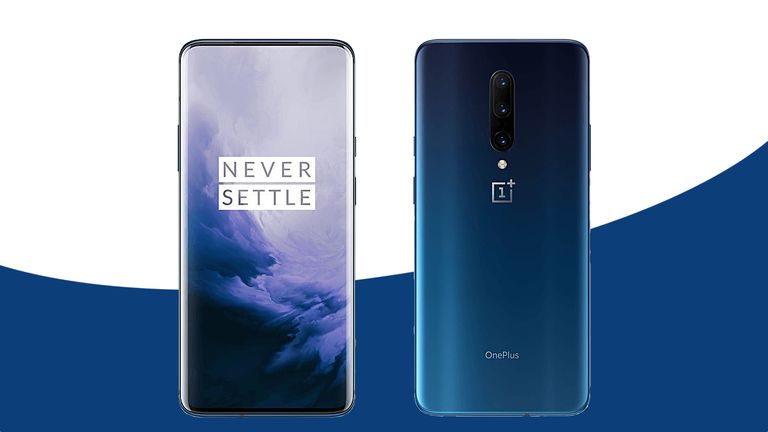 OnePlus has already revealed plans to unveil its latest flagship phone range at a trio of events held simultaneously around the globe on May 14, 2019.

The Shenzhen-based company has confirmed a few details about the OnePlus 7 Pro, the pricier of the two handsets tipped to launch this month, including the fact that it will boast a triple-camera capable of 3x lossless optical zoom, and have a new AMOLED display with a 90Hz refresh rate to ensure smoother animations.

But while it might sound like all the latest and greatest features will be reserved for the costlier OnePlus 7 Pro, a new leak suggests the OnePlus 7 will have one seriously important advantage over its higher-end sibling: battery life.

According to leaked specifications published by AndroidPure, the OnePlus 7 Pro will sport a 6.64-inch Quad HD display – with a refresh rate of 90Hz – and a 4,000mAh battery, while the OnePlus 7 will have a smaller 6.2-inch Full HD display with a bigger 4,150mAh battery.

OnePlus is widely-expected to use a variable refresh rate with its OnePlus 7 Pro to ensure it doesn't waste valuable processing power by refreshing the screen at 90 frames-per-second when it's displaying a static image, or a Hollywood blockbuster, which run at 24 frames-per-second, in order to save battery life.

However, it seems very likely this new 90Hz Quad HD panel will require more resources than the comparatively lower-resolution 1080p screen on the OnePlus 7, which is rumoured to have a standard 60Hz refresh rate.

Until now, OnePlus has always eked more battery life from its handsets by opting for a Full HD panel, rather matching flagship devices from rivals like the Samsung Galaxy S10, Galaxy S10 Plus, and Google Pixel 3 XL, which all boast Quad HD resolutions.

Given that OnePlus 7 has a bigger battery and and a lower-resolution screen, it seems extremely likely that it'll have better battery life than its costlier cousin, OnePlus 7 Pro. Battery life is one of the most crucial features in a smartphone.

OnePlus handsets boast the fastest wired fast-charging speeds around, but that's not helpful when you're staying at a blood-red battery icon, miles from the nearest mains plug, without a portable battery – reliant on your phone to navigate or stay in contact with friends and family.

Interesting, the Apple iPhone XR, which shares many of the same features as the flagship iPhone XS and iPhone XS Max but is sold at a more affordable price point, boasts the best battery life of any smartphone in the Apple line-up. It's possible OnePlus will also lean into this selling point to differentiate the OnePlus 7 from the feature-packed, pricier OnePlus 7 Pro at the launch event on May 14.

Elsewhere, the leaked specs list suggests both new OnePlus 7 devices will ship with Android 9.0 Pie overlaid with OxygenOS. Both will use AMOLED panels, a flagship Qualcomm Snapdragon 855 system-on-a-chip, a 48MP primary camera with a secondary telephoto lens, an in-display optical fingerprint sensor, and 30W Warp Charging, which debuted in the OnePlus 6T McLaren Edition last year.

Here's where things get a little different. OnePlus 7 will have the aforementioned 60Hz 1080p display, 6GB of RAM, and a front-facing camera housed in the bezel above the screen. Meanwhile, OnePlus 7 Pro has the smooth 90Hz panel, 10GB of RAM, a third camera on the back of the handset for ultra-wide shots, and a mechanised drawer for the selfie camera to allow for an almost bezel-less design.

As always, this should all be taken with the prescribed pinch of salt. Earlier leaks pointed to the OnePlus 7 boasting a 6.4-inch screen and a 3,700mAh battery, so it's possible this isn't the exact specs we'll see announced on-stage later this month.

T3 will be in the crowd at the OnePus launch event in London, bringing you all of the latest news as soon as it's announced on-stage. So, stay tuned for all the details.