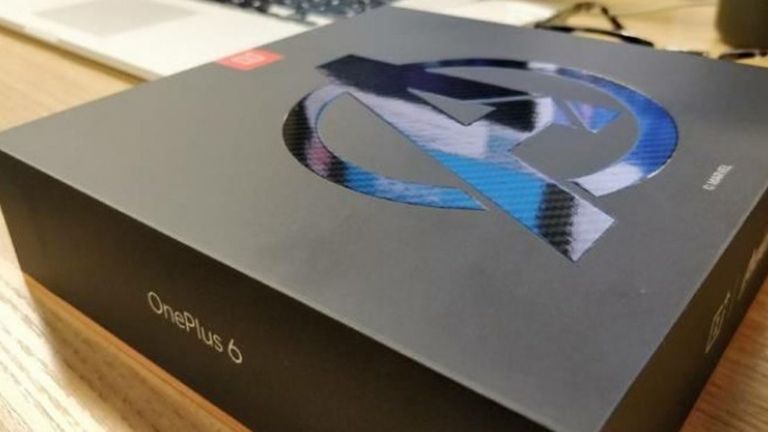 A special edition Avengers OnePlus 6 just got spotted and leaked ahead of the standard phone’s official May 16th launch date.

The Avengers OnePlus 6 appeared in an image leaked on Slashleaks showing the retail box of the new phone. It was swiftly taken down, suggesting this is indeed the real product that OnePlus doesn’t want seen just yet. OnePlus India has already released a video teasing the phone’s release.

The box itself is a large black unit with a great big Avengers A on the front. Nothing subtle there then. What’s inside is less clear.

Samsung teamed up with Marvel for Avengers: Age of Ultron to release a Galaxy S6 Iron Man Limited Edition. This came with a custom paint job, matching wireless charger, background image and even a themed dialling pad screen.

Perhaps the OnePlus 6 Avengers limited edition phone will get a similar treatment but for more of the superheroes, since there are so many in the latest Avengers: Infinity War.

The box in the image does look wide enough to fit both a phone and wireless charger and rumours suggest the OnePlus 6 will come with a glass build that would allow for wireless charging.

The OnePlus 6 is set to be unveiled on May 16 where it’s rumoured to get a price tag of around £500. The Avengers edition handset may cost more but is expected to be an India exclusive out on May 17.