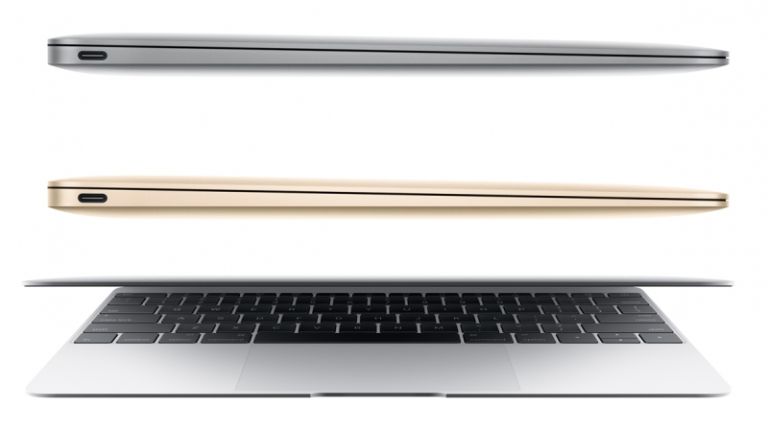 With probably more innovations than the last three Apple product launches put together, the new MacBook looks like a stunning bit of kit.

The big noise at Apple's Spring Forwardevent may have been around the Watch - $10,000! Ten. Thousand. F**king. Dollars! - but the annoucement that had the true techies nodding sagely and whistfullly consulting their bank balance was the return of the MacBook (not to be confused with the MacBook Pro or MacBook Air).

In true Apple fashion - the MacBook Air dumped DVD drives; less successfully, the first iMac had no removable storage, because Apple reckoned, perhaps optimistically, that email and your dial-up connection would handle the moving of files - it's pointing users in a certain direction. And that direction is Full Wireless.

To that end, the new MacBook has AC Wi-Fi, Bluetooth and… only one USB Type C connection. This can handle USB, HDMI, Display Port and power (yes, it's also the charger socket). But there's only one of them. The emphasis on wirelessness is clearly to encourage you to use iCloud.

This, along with a logic board 67 per cent smaller than the one in previous MacBook Airs and Pros, helps to leave room for a battery big enough to last "all day" (Apple quoted 10 hours of video playback, nine hours of wireless - natch - web use). So it's meant to be "wireless" in that sense as well.

The new keyboard uses a new type of switch - exciting, huh? - and is meant to feel more responsive as a result.

Similarly, the "Force Touch Trackpad" is a cut above your standard finger plate, with four sensors letting you click where you damn well like, with "Taptic Engine" (yeesh) force feedback to give the impression the touchpad is moving. Better yet, the trackpad can detect how hard you're pushing with a "Force click" (that's Apple speak for "pushing a bit harder") letting you access various options within apps. An example shown was to accelerate the speed of fast forwarding through video with a "Force click".

That also sounds like a very low-level Jedi ability, which is a plus.

Available in silver, space grey and gold from April 10, the MacBook looks a truly impressive laptop, packed with enough innovation to leave most rivals in its dust. Will we miss a few more sockets? Our briskly forthcoming review shall reveal all…