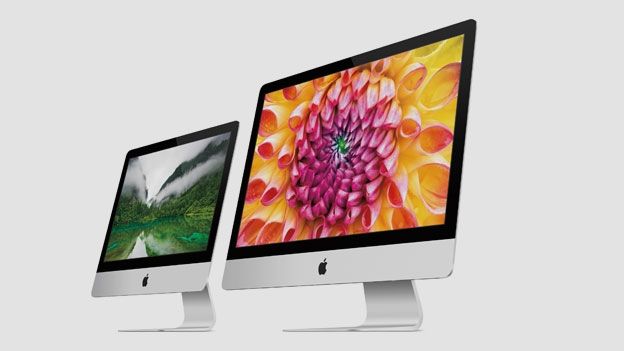 Apple has today unveiled the brand-new 2012 iMac which is a staggering 80 per cent thinner over the old model and combines some brand-new features to give users a much faster experience.

The Apple 2012 iMac is pretty powerful featuring quad-core i5 or i7 processors while you'll be able to start with 8GB RAM with the ability to expand.

At just 5mm thin the iMac also includes a brand-new engineering technique which allows it to be constructed to such small measurements. You'll also find an LED panel with up to 75 per cent less glare over the previous model.

Apple has also announced a brand-new form of storage for the iMac which has not yet been seen called the Fusion Drive. This unique system fuses a 128GB SSD hard drive along with a 1TB or 3TB HDD. By combining the two they can increase the speed and effeciency of the iMac's hard drive.

The new iMac will ship in two versions a 21.5-inch and a 27-inch, both featuring HD webcam and four USB 3.0 ports. One of the biggest differences is the loss of the optical drive with Apple advising that those who still want an optical drive will need a buy a separate one.

This comes just after Apple announced its brand-new 13-inch MacBook Pro with Retina Display which will be offered as a premium alternative to the popular 13-inch MacBook which is already on sale.